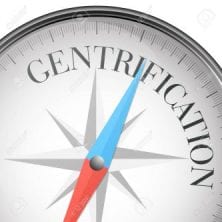 HIAWASSEE, Ga. – There is no denying that times are always changing, and the sleepy, little town of Hiawassee, Georgia, population 903, is on a fast track to follow suit. While transformation is inevitable and often welcomed with open arms, members from the community have begun voicing their views on what it could mean for the lower-income population, and ultimately, the indigenous culture that has inhabited Towns County for centuries.

The course of action that the city of Hiawassee plans to enact implores the question of whether gentrification is at play. While most people understand the process and effects of gentrification, many remain unaware that an actual term exists. Merriam-Webster defines gentrification as “the process of renewal and rebuilding, accompanying the influx of middle class or affluent people, into deteriorating areas that often results in the displacement of earlier, poorer residents.” In order for these areas to be revitalized, the areas must be essentially cleared out. This is achieved through the raising of taxes and service rates, often beyond the point of affordability.

During last year’s property tax increase hearings, Hiawassee Councilwoman Amy Barrett raised concern that senior residents on fixed-incomes are relocating due to heightened electricity costs, citing the city-imposed BRMEMC franchise “fee” as the reason given by the displaced. While the full council favored the franchise, the mayor’s proposal to reject the property tax rollback was ultimately defeated in a 3-2 vote.. On Jan. 28, Hiawassee Mayor Liz Ordiales divulged that a water rate increase is in the works, explaining that it has been six years since a spike last occurred.

On a cultural front, community concerns began to surface during a June town hall meeting, held in conjunction with the University of Georgia (UGA) Carl Vinson Institute of Government, which focused on a strategic, comprehensive project to sculpt the future of Hiawassee. While program participants overwhelmingly favored noble plans such as boosting tourism, advancing city beautification, and creating structured, economic growth, other suggestions raised eyebrows, particularly from the conservative population. 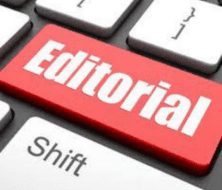 Leslie McPeak – a vocal, local business owner who was later exalted to the city’s Board of Ethics by Mayor Ordiales – suggested deviation from long-held traditions, including a reduction in the amount of gospel and country concerts hosted in the area, determination that shops open their doors on Sundays to boost economic reward, and an assertion that the city should steer clear from the “Bible-Belt stigma” that has prevailed in Towns County since its foundation.

Months later, when the strategic plan was completed and introduced at Hiawassee City Hall, McPeak publicly inquired whether eminent domain, a highly-controversial practice in which the government expropriates private property for public use, was an option to abolish what McPeak considered an unattractive local business. A representative from the Carl Vinson Institute responded that grants, rather, may be available to encourage compliance with the city’s aesthetic vision. Additionally, McPeak drew media attention during a previous council session by harshly critizing a Republican election rally held last July on Hiawassee Town Square.

In recent events, Mayor Ordiales, who has been repeatedly praised as “progressive-minded” by supporters – in collaboration with newly-hired Economic Developer Denise McKay – stated during the council’s January work session that the city holds ambition for private land to be purchased by developers to construct “affordable” apartment housing in order to retain the local youth once they enter the workforce. The topic was broached when a citizen in attendance skeptically called into question the city’s goals for current residents and business owners. Ordiales replied that workers will be needed to fill certain positions, listing boat mechanics and hospitality workers as examples, due to a projected influx of a population which will require such services. Unprompted, Ordiales concluded that $800 a month in rent is considered reasonable, retracting the amount to $700 after the council and citizens failed to express a reaction to the mayor’s initial figure.

Upon query from FYN, Economic Developer McKay listed the inceptive phase of the project that Hiawassee intends to implement, and according to McKay that includes improving the appearance of the outdated post office and sprucing the entrance to Ingles while seeking a grant for artists to begin painting murals throughout the city.

It should be noted that the revitalization and preservation of historic structures is listed in the city’s five-year plan, with Mayor Ordiales often referencing the Old Rock Jail Museum as a point of reference, a site entrusted to the Towns County Historical Society by former Commissioner Bill Kendall. Ordiales stated to Mountain Movers and Shakers Jan. 25 that two developers have shown interest in the vacant row of buildings on Main Street, west of the town square, although the structure located next to where Delco once stood will be demolished when purchased. Ordiales recited significant achievements in lowering the city’s inherited debt, acquiring numerous grants, and engineering a plan to improve the infrastructure – all critical components in expanding Hiawassee’s development – during the Movers and Shakers’ forum.

While a range of participants took part in the creation of the strategic plan, the contributors represent a small fraction of the population. The Carl Vinson Institute of Government described the project as a stepping stone, however, rather than an endeavor set in stone.

In sum, while economic growth and positive innovation is widely supported, it is the opinion of the author that the effect of particular politics and policies, left unchecked, has the potential to deteriorate the backbone of conservative communities, both fiscally and culturally. This is especially true if the public whom it affects remains disengaged from local happenings, and apathetic to eventual outcomes.

Hiawassee City Council is scheduled to convene on Tuesday, Feb. 5, for their regular meeting to adopt the city’s strategic plan, as well as hold a first reading to expedite future ordinances by consolidating readings into a single session.

The next work session, which will allow citizen input, is scheduled for Monday, Feb. 25, at 6 p.m.

In-depth information on the above, highlighted text can be found by clicking the links.

Fetch Your News is a hyper-local news outlet, attracting more than 300,000 page views and 3.5 million impressions per month in Towns, Dawson, Lumpkin, White, Fannin, Gilmer, Pickens, Union, and Murray counties, as well as Clay and Cherokee County in N.C. – FYNTV attracts approximately 15,000 viewers per week, reaching between 15,000 to 60,000 per week on our Facebook page.