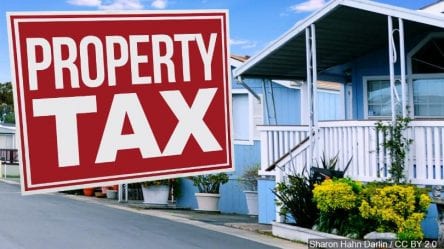 While public turn-out was extremely scarce, the two citizens in attendance objected to the rollback denial. Both residents noted the  BRMEMC Franchise Fee which was adopted by the city of Hiawassee earlier this year, as a reason why they oppose what will result in a tax increase for local property owners. Concern for those on fixed incomes was cited, as well as the fact that Hiawassee would be the only entity in Towns County to reject a lower rollback rate.

Mayor Ordiales stood solid ground in her push for maintaining the current rate of 2.258 mills, stating that the cost of city operations warrant rejection of the rollback. Ordiales noted $4.5 million in debt that the city “inheritited” from past administrations, in which $390,000 is due in annual repayment, and added that there has been no rate increase to water or sewer charges in five years. The cost of utilities that the city requires, the funding of the police department, and general expenses were mentioned, in addition to three-percent cost of living raise increases for city staff. Maintaining the current tax rate will draw approximately $7,000 in additional revenue. Ordiales stated that the 52 city property owners which had flown under the tax radar increased the digest by $5.3 million in assessed value.

“It’s not a tax increase,” Mayor Ordiales claimed, “It’s an increase of revenue to the city.”

Council members Amy Barrett, Nancy Noblet, and Kris Berrong voiced that they have received public objection to the rollback rejection, and challenged Ordiales’ position. Barrett and Noblet suggested other ways of raising the city’s revenue, such as requiring a fee for non-residents to partake in newly-constructed Mayors’ Park.

“This is not a tax increase. We’re leaving it the same, and clearly no one has a problem with it or else there would be 500 people here, jumping up and down,” Ordiales reasoned.

Due to the fact that property value assestments have risen, maintaining the current rate of 2.258 mills will result in higher property taxes for Hiawassee property owners, a point that was raised by those questioning Ordiales’s proposal. When a citizen reminded that the rejection of the rollback rate must be advertised, per law, as a property tax increase due to the fact that it amounts to such, Ordiales replied, “It’s a terrible law. It was written in 1980.”

If the millage rollback is indeed rejected by Hiawassee City Council, it will mark the first year in approximately two decades that it has been denied.

FYN will report on today’s second hearing once it has taken place.

A previous article on the Hiawassee millage rate is available.