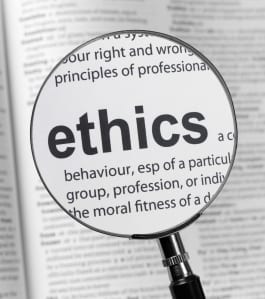 HIAWASSEE, Ga. – Public comments were not offered from elected city officials at the Hiawassee Council regular session, held on Tuesday, Aug. 7, concerning the recent proposal of a citywide plastic bag ban-fee by Councilwoman Anne Mitchell, nor an alleged ethics ordinance breach by Hiawassee Mayor Liz Ordiales. Information on both controversial subjects can be found by clicking on the highlighted links.

Community concerns abound due to the mayor’s overriding action to solely appoint Board of Ethics members to serve as the city’s moral monitors, without directly seeking council input as prescribed by the city mandate, nor taking the matter to vote.

Remarks made by minutes-old appointee Leslie McPeak, comparing a recent Republican event to that of the Nazi Party, during the July 30 work session, is drawing shocked critique from local leaders, and countless conservative residents of Towns County.

McPeak did not attend Tuesday’s session.

The ordinance specifically states that of the three Ethics Board members, one individual is to be appointed by the mayor, one member by the city council, and the third in joint conjunction. Georgia Municipal Association (GMA), the entity whom awarded the recognition of city of ethics to Hiawassee, cites three alternative processes that may be taken in the induction of board appointees, all of which stipulate council approval.

In a recorded conversation with FYN, following the appointment of the board members, Ordiales defended her decision by stating that council members do not have an issue with the selection. This has proven to not be the case. Two of the five council members confided that they were never presented with an option.

In attendence at Tuesday’s council meeting were members of the local organization Mountain Movers and Shakers, and the Towns County GOP, along with other new faces. Prior to the commencement of the session, an attendee asked Mayor Ordiales if questions would be received, to which Ordiales replied, “Nope, not today.”

Ordiales explained at the opening of the meeting, proceeding a climate change tax motion, that work sessions are the proper place for the council and public to present inquiries and concerns, as those forums are “informal.” Ordiales went on to state that items listed on the agenda are not necessarily issues that the council hopes to enforce, nor support, rather that the listed items present an opportunity for the council to openly discuss the matter.

The climate change resolution, proposed by local environmentalist Vernon Dixon on July 30, was rejected by council members at the Aug. 7 session.

“I have no vote,” Ordiales reminded the council, “Even if I wanted to vote on something, I can’t.” Ordiales spoke in favor of the climate fee and dividend resolution during the conversation with FYN the previous week, although the mayor said she did not have the time nor the resources to personally pursue the matter.

It is unknown at the time of publication whether the bag ban-fee, or the ethics concern, will appear on the Aug. 27 work session agenda, but the latter is expected to be addressed as two sitting council members state that they were never given ample opportunity to approve nor veto the mayor’s ethics board appointees.

Despite Ordiales’ insistence that the matter had been previously decided, former city officials attest that a formal review of Board of Ethics applicants had never taken place during their administration, and in turn, that a decision had not been reached as to which applicants should serve on the board, once the original 2016 decree was adopted. Records showing that an approval had occurred could not be produced by City Hall.

Count on FYN to follow developments as the August work session approaches.

Information on the newly-rejected Climate Change Tax resolution is available.