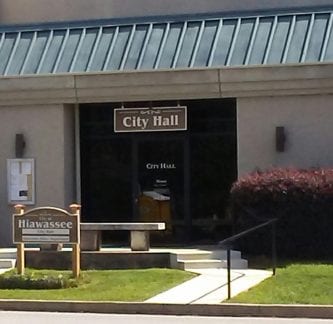 HIAWASSEE, Ga.- Board members for the recently created Hiawassee Downtown Development Authority (DDA) were named per open records request sent last week to the city of Hiawassee by FetchYourNews (FYN), following activation of the DDA by Hiawassee City Council Tuesday, Aug. 6. A list of the individuals selected to serve on the authority was delivered to FYN by Hiawassee City Clerk Bonnie Kendrick via Joint Economic Developer Denise McKay.

The appointed DDA board of directors are as follows:

According to Georgia Municiple Association (GMA), DDAs and their appointed boards are created to revitalize and redevelop the central business districts of cities in Georgia. DDA training provides local leaders with the skills and knowledge they need to ensure a healthy, vibrant downtown. According to the University of Georgia, DDAs have a range of powers which include: developing and promoting downtowns; making long-range plans or proposals for downtowns; financing (by loan, grant, lease, borrow or otherwise) projects for the public good; executing contracts and agreements;  purchasing, leasing or selling property; and issuing revenue bonds and notes. 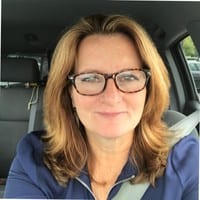 The DDA consists of a board of seven directors appointed by the municipal governing authority to serve four-year terms. Directors are appointed by the governing body, and must be taxpayers who live in the city and/or owners or operators of businesses located within the downtown development area and who are taxpayers residing in the county in which the municipal corporation is located, except that one director may reside outside the county if he/she owns a business within the downtown development area and is a resident of the State of Georgia. One director may be a member of the governing body of the municipal corporation. No less than four of the directors must be persons who either have or represent a party who has an economic interest in the redevelopment and revitalization of the downtown development area. Directors receive no compensation other than reimbursement for actual expenses incurred in performing their duties (O.C.G.A. § 36-42-7). All members of the board of directors, except for the director who is also a member of the city’s governing body, must complete at least eight hours of DDA training within the first 12 months of appointment to the DDA.

Advantages of creating an authority include:

Disadvantages to creating authorities include:

Despite the level of independence of authorities, municipal governing bodies do have oversight powers and controls, GMA explains. For example, the boards of all municipal authorities are comprised of members appointed by the city’s governing authority. For many authorities, a certain number of city officials are either required to serve or may be appointed to serve on the board. The activities of authorities must be consistent with those described in the local Service Delivery Strategy. The enabling legislation for some authorities specifically states that board members serve at the pleasure of the governing authority. Authorities typically have bylaws that govern their activities and describe their organization. Additionally, authorities are subject to open meetings and open records laws set forth by the state of Georgia.

FYN will continue to follow developments related to the newly-formed DDA. A meet-and-greet to provide an introduction between council members and the selected board was suggested by Mayor Ordiales at the Aug. 6 regular session, prompting FYN to request information on the assembly.

“A meet and greet has not been scheduled as this request and the meeting date, location and times have not been determined as of this request,” Economic Developer McKay responded via email. “When the DDA meets for the first time all this will be considered and on the published agenda.  Proper notification will be given to the legal organization for publishing the meeting and agendas will be posted as required.”