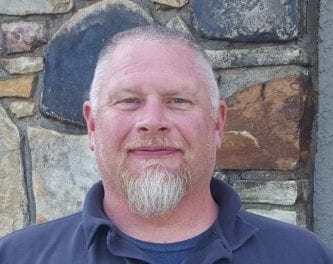 HIAWASSEE, Ga. – Hiawassee City Hall is prepared to swear-in three council members next week; unchallenged incumbents Anne Mitchell and Nancy Noblet, along with returning councilman Jay “Junior” Chastain. Chastain served 12 years on Hiawassee City Council prior to being unseated by current Councilwoman Patsy Owens in 2017. Chastain, who secured an unchallenged seat on the council earlier this year, will replace Councilman Kris Berrong, who did not seek an additional term.

FYN asked Chastain what prompted his decision to regain his seat on the city government. “I want to help the local population, the landowners, and give the citizens a voice on the issues that matter,” Chastain said. “I’m a big supporter of property rights, of the rights of the people in general, and I want to preserve that.” Chastain, who was often at odds with now-Mayor Liz Ordiales on issues, stressed that he is not returning with a “vendetta” and plans to keep an open mind.

Chastain, an area paramedic, drew media attention in 2017 due in part to his feisty repeal of the later re-enacted, controversial BRMEMC franchise tax. Chastain shared an interview conducted during his 2005 campaign, stating that his words continue to hold true. “I feel that the mayor and the council have to work together for the benefit of our community. Too much growth, as well as too little growth, will not be of benefit,” the Hiawassee native said, adding that he fulfilled his original campaign promises while in office. “The council has an obligation to keep the best interest of this community at heart.”

The self-proclaimed Republican councilman did not mince words, however, and stated that he would continue to oppose proposals that he believes are not favorable for the citizens that he vows to represent.

Chastain listed the problems that the City of Hiawassee has encountered with the sewer system as a top concern, stating that cooperation is necessary between the city and county departments. “There needs to be some agreement between Hiawassee and Towns County Water Authority,” the returning councilman said. “The sewer situation needs to be fixed.”

Chastain will reclaim his seat on Hiawassee City Council on Tuesday, Jan. 7, at 6 p.m. Meetings are open to the public.

FetchYourNews.com attracts over 300,000 page views and 3.5 million impressions per month with a 60,000 Facebook page reach, and approximately 15,000 viewers per week on FYNTV.com If you would like to follow up-to-date local events in any of our counties of coverage, please visit us at FetchYourNews.com