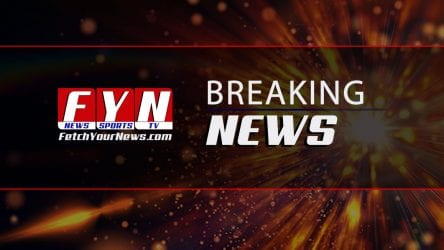 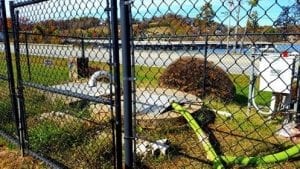 Georgia EPD Director of Communications Kevin Chambers confirmed this morning, Nov. 15, that the state department has opened an investigation into the matter. A field agent from the environmental division visited the city-owned Roadrunner site Nov. 14, along with the privately-owned lift station maintained by Ken and Dana Merritt, stakeholders connected to several impacted businesses in Towns County’s entertainment district.

Sodbusters, a Hayesville-based septic service hired by the Merritts to dispose of the quickly-accumulating waste, reported Nov. 15 that the sewage vault has required 70 pumpings – which amounts to approximately 91,000 gallons of total waste removal – at a rate of eight truckloads hauled for disposal per day since the ordeal began.

“(Disconnecting the Roadrunner lift station) addresses several issues that have been long-standing,” Mayor Ordiales said in part earlier this week. “The odor from that area has been an issue for over 13 years, the need for weekly maintenance to that lift station, the need to have utilities present, both water and electricity, the maintenance and repairs of two large pumps valued at over $15,000 each, and the maintenance of a large electric panel to operate that lift station.” Mayor Ordiales stated that the initial decision to shut down the facility was reached in December 2018.

Lift stations require a source of electric power, and the Merritts claim that discontinuation of the city sewage site is not only a threat to the environment but caused damage to their privately-owned lift pump. According to the EPA, when the power supply is interrupted, flow conveyance is discontinued and can result in flooding upstream of the lift station. It can also interrupt the normal operation of the downstream wastewater conveyance and facilities.

“The City was unaware of the (EPD) inspection but always welcomes input to make our system work more efficiently and effectively,” Mayor Ordiales told FYN on Nov. 15. “During their inspection, they did find that there was trash around the area that was not picked up in a timely manner. EPD contacted the City this morning, and The City addressed their concerns and reported back this afternoon.” Ordiales added that fines were not imposed as a result of yesterday’s inspection.

EPD stated that a timetable is not affixed to the pump station investigation. Merritt, who spoke with the field agent on Thursday, indicated to FYN that the EPD’s preliminary findings suggested that the private pump appears to be “in compliance” with state regulations.