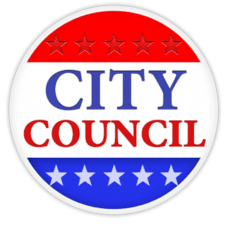 HIAWASSEE, Ga. – Hiawassee City Council convened for March’s work session on Monday to discuss numerous topics. Hiawassee Mayor Liz Ordiales opened with a monthly report, including an update on city loan repayments. Mayor Ordiales announced that yet another Georgia Environmental Finance Authority (GEFA) loan has been repaid, saving taxpayers $50,543 in interest. The payoff amount was listed at $191,312. While $3.8 million remains in city debt, a total amount of $823,684 has been paid to date, the mayor said. Three United States Department of Agriculture (USDA) loans loom, totaling $2.3 million, with the highest interest fixed at 4.375 percent. “I would love to take care of that one, but that’s a $700,000 loan so we’ll figure a way to get to that one later,” Ordiales explained. Four GEFA loans remain, amounting to $1.7 million, with the highest interest set at 3.81 percent. “I’ve got my eyes on two of those. The highest one will probably be gone in a couple months, so we’re moving in the right direction with that,” Ordiales said. The mayor reminded that designation as a PlanFirst community offers a half percent credit on GEFA loans, and such will be applied toward water treatment plant funding. 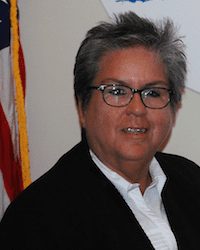 Mayor Ordiales reported that maintenance on the million gallon water tank was completed, as well as the “green tank” that serves as storage, and that a derelict home on River Street was demolished in accordance with the city’s five-year strategic plan. Revitization on the post office began the weekend prior, with pressure washing taking place. At the conclusion of the meeting, citizens were invited to cast votes for the future color scheme of the post office by dropping play money into buckets. The mayor proposed purchasing Galaxy Samsung 32GB tablets for the council to receive official emails, at a cost of $188.84 per tablet. The council remained silent on the issue, opting to discuss the matter at a later date. The mayor informed that students on spring break from Grand Rapids, MI, visited Hiawassee, removing kudzu vines from an area behind McDonald’s. Ordiales relayed that the city purchased lunch for the volunteers.

New business included a screw press declaration pertaining to the water treatment plant. The “sludge remover” will cost approximately $384,000, the mayor said, adding that the current belt is 35 years old, costing $15,000 in repair each time that it malfunctions. Debt collection through Georgia Municiple Association (GMA) was noted, with the service retaining 17.5 percent of collected funds. The first reading of a defined benefit resolution ordinance was held, transfering management from GMA to One America. The city matches up to 3 percent of city staff contributions, and the mayor reported that 12 government employess have signed up for the program thus far.

A University of North Carolina water study was announced by Ordiales which will increase residents’ water rates from the current amount of $19.27 to $42.25 over a five-year span. FYN requested additional information from the city clerk on the increase, and an in-depth article explaining the process – including the potential addition of fluoride to the local water supply – will follow. Economic Developer Denise McKay addressed the citizens as the meeting concluded, briefly explaining the implementation as a Main Street Affiliate through the Department of Community Affairs, which McKay said will open resources, and a Rural Zone Designation program, an endeavor that McKay described as a labor-intense project that will focus on the downtown area, defining physical boundaries. Hiawassee Police Chief Paul Smith recounted the donation of a patrol vehicle and speed detector devices from a generous law enforcement agency in Sunny Isle Beach, FL.

Hiawassee City Council will meet for their regular session Tuesday, April 2, at 6 p.m. A public hearing on the city’s 2019-2020 proposed budget is scheduled for Thursday, April 18, at 6 p.m.