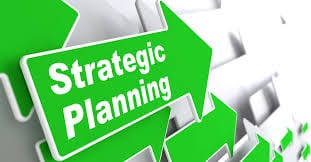 HIAWASSEE, Ga.- Slightly more citizens than usual turned out at the council’s regular session at Hiawassee City Hall Tuesday, Feb. 5, to hear the five elected officials’ verdict on several issues, including the wastewater expansion bid, a pending sign ordinance, the city’s five-year strategic plan, and a proposal to expedite the adoption of future mandates.

Mayor Liz Ordiales opened the session by reminding the public that comments are not permitted during regular sessions, rather work meetings are the proper time to offer citizen input as they are “informal” gatherings. “That is the place for all kinds of public input,” the mayor said.

Concerning the sign ordinance, council dialogue revolved primarily around banner advertising. After lengthy discussion, the council resolved to amend the tenative ordinance, eliminating a $15.00 fee for businesses to hang banners, and removing the verbage pertaining to the amount of banners a business is permitted to display annually. A single banner, not to exceed 60 square feet in diminsion, is expected to remain in the decree. The council agreed that banners should be kept in presentable condition. An extended sign permit moratorium remains in place while the council reconstructs the ordinance. 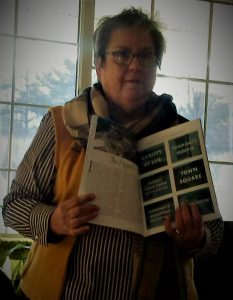 Later in the session, Hiawassee City Council unanimously adopted the city’s 2019-2024 revitalization plan. Upon motion from Councilwoman Anne Mitchell and a second from Patsy Owens, Councilman Kris Berrong initiated discussion, explaining that he, along with community members, harbor hestitation. “Concerns of a few that have the strategic plan, and me, personally, I think that we need to talk about it a little bit more. I’m for a lot of it, but we kind of went over it one time with (Georgia Municiple Association) and that was about it,” Berrong relayed.

“But you have a copy,” Councilwoman Anne Mitchell interjected. “I do,” Berrong replied, adding that he was not confident in exactly what might occur when Mitchell pressed. Council members Amy Barrett and Nancy Noblet offered that they had spoken with business owners who had voiced similar concerns.

When a local business owner’s concerns were specifically outlined by Council member Amy Barrett during the session, Mayor Ordiales stated that the owner in question was invited to participate in the focus groups and declined the offer. FYN contacted the business owner the following day and was surprised to learn that the owner had, in fact, attended a focus group, but did not recall receiving any type of follow-up initiated by the city of Hiawassee.

Prior to the council vote, Noblet asked Economic Developer Denise McKay what the initial stage of the comprehensive plan will involve. McKay responded that “basic landscaping and hopefully painting” the post office, beautifying the entrance to Ingles with foliage, and improving the town square are the city’s starting points, explaining that the projects are “fairly easy and inexpensive to do.”

During the council’s work session the week prior, McKay listed public art in the form of murals as the third project, rather than the town square, when FYN publicly inquired into the initial three-fold plan.

A resolution to award the wastewater expansion project to SOL Construction, the lowest bidder, was approved by the full council during the meeting. Mayor Ordiales projected completion by fall of this year.

The session concluded with 3-2 rejection of the mayor’s proposal to enact single-session ordinances. Additional information on the issue is available by clicking this link.