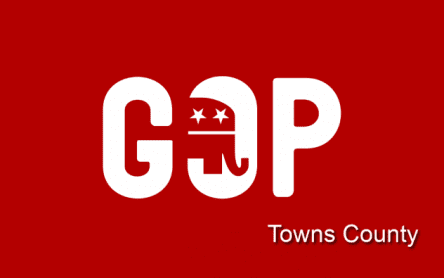 HIAWASSEE, Ga. – Following feedback from the community concerning a recent project at the local high school by the Towns County Democratic Party, encouraging registration of students nearing the voting age, the Republican Party issued a copy of its mission statement and beliefs to FYN for release. Towns County GOP Chair Betsy Young said that while members of the Republican Party did not attend the three-day outreach due to scheduling conflicts, the Towns County Democrats were provided a copy of the GOP’s mission statement and beliefs for interested students to view.

Highlighted at the top of the information was a famed quote by former President Ronald Reagan: “Freedom is never more than one generation away from extinction. We didn’t pass it to our children in the bloodstream. It must be fought for, protected, and handed on for them to do the same.”

Young explained that the GOP has considered including quotes from Reagan in additional literature. “We are reviewing it and will present it at the next meeting,” Young said.

The mission statement of the Towns County Republican Party reads: “Promoting political participation through education, loyalty, respect for each other’s opinions, and unified support of the Party’s objectives and policies” 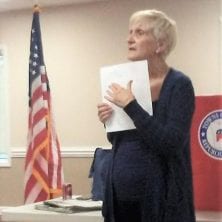 According to the political group’s charter, the Republican Party of Towns County believes:

• Each person is responsible for their own place within society.
• Government’s role is to enable the people to secure the benefits for themselves and their families if they are unable to do so for themselves.
• In a limited role for Government intervention into individuals’ work for prosperity.
• States’ Rights
• US Constitution 2nd Amendment

• The Right to Life
• The Voter ID Law
• One Vote for one legal voter
• Every Legal American citizen has a right to vote and their vote to count
• English as a primary language, spoken and written

The Towns County Republican Party meets at 6 p.m. on the third Thursday of each month at the Towns County Civic Center. 8th District State House Representative Matt Gurtler will be the Feb. 20 keynote speaker. Meetings are open to the public.