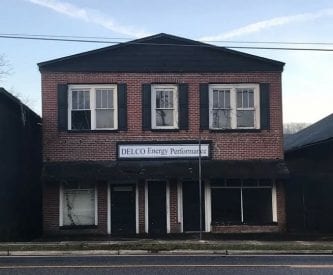 HIAWASSEE, Ga. – The City of Hiawassee asked for the public’s “positive, serious” thoughts on the types of business they would like to see set up shop on Main Street, west of Hiawassee Town Square. Hiawassee Mayor Liz Ordiales announced the tentative purchase of Hiawassee’s two oldest buildings in late November, with Hiawassee City Council approving the purchase the following week.

The buildings’ appraisal was set at $135,000, Mayor Ordiales said on Nov. 25, although $36,000 was “donated to the city” by Dan Paris, reducing the city’s cost to $99,000. Ordiales expressed gratitude toward Paris, a local businessman who is assisting in the restoration of downtown Hiawassee. 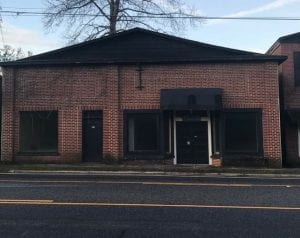 One of two vacant buildings recently purchased by the City of Hiawassee.

Ideas ranged from a book shop to a pool hall and everything in between.

After many months of detailed research, the Carl Vinson Institute of Government revealed a five-year strategic plan for Hiawassee’s potential future on Tuesday, Dec. 4, 2018, during a Town Hall meeting. The procedure of envisioned development was the result of numerous studies conducted between the institute and local leaders, business owners, and residents.

During the course of the study, community stakeholders listed what they felt was working well in Hiawassee, and what they believed could benefit from improvement. Positive aspects included the strong sense of community with a “small-town feel,” the city’s town square, and the location itself, brimming with natural amenities. Feedback on areas that could prosper from improvement consisted of advanced beautification efforts, occupation of vacant buildings and lots, improved traffic and transportation, and the promotion of business options.

What do you think would be a nice addition to Downtown Hiawassee? Let us know in the comment section below or on our Facebook page.