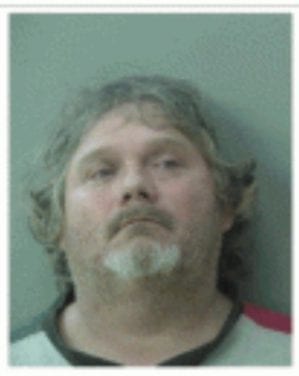 HIAWASSEE, Ga. – Hiawassee Police Department arrested a Rabun County resident on methamphetamine charges Jan. 1, following a traffic stop conducted on a 1989 Ford 250 truck for an obstructed windshield violation. Shon Moxley, 48, of Mountain City, Georgia, reportedly told an officer with the city police department that he was traveling to Hayesville, North Carolina, to visit a friend when the traffic stop incurred on South Main Street.

According to the police report obtained by FYN, it was determined by law enforcement that Moxley was a felony probationer. Following an initial investigation, Hiawassee Police Department initiated a search of Moxley’s vehicle and person, allegedly discovering a clear baggie containing a “white crystal-like substance consistent with methamphetamine” in Moxley’s pocket.

While the Fourth Amendment typically prevents law enforcement from searching someone’s body, belongings, or home without a warrant or probable cause, it is common for judges to require that a probationer agree to warrantless searches as a condition of sentencing. Because this condition gives up the probationer’s Fourth Amendment rights, it’s often called a “Fourth waiver.”

Moxley was taken into custody and charged with Possession of Methamphetamine, Possession of a Drug-Related Object, and View Obstructed/Windshield violations. Moxley was transported to Towns County Detention Center in Young Harris.

The case will be forwarded to Enotah Circuit District Attorney’s Office for prosecution. Moxley is presumed innocent until proven guilty in a court of law.