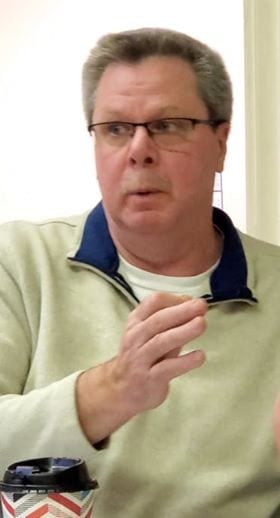 HIAWASSEE, Ga. – Sole Commissioner Cliff Bradshaw held a called meeting on Monday afternoon, Dec. 23, to discuss the tentative 2020 county budget. The budget adoption will be held on New Year’s Eve at 10 a.m. at the Towns County Courthouse. Expenditures are expected to increase approximately $993,000 in the coming year, with $11, 174,990 in anticipated disbursements. Bradshaw explained that he strives to “better and increase services” for the citizens, rather than “take away,” without necessitating a spike for Towns County taxpayers.

An across-the-board hourly pay increase of 50-cents will be given to county employees beginning Jan. 1, increasing the budget by approximately $150K. The cost to the county for the 2020 election cycle is estimated at $50K, and a 911-mapping plotter requires repair, at the expense of roughly $12K. An upgraded ambulance will be added to the EMS fleet, the third since Bradshaw took office. Two new dump trucks are needed for the road department, Bradshaw said, as no significant equipment has been purchased for road maintenance in the past 14 years. “We need two dump trucks, for sure, so we put money in the budget to buy one this year and then we’re going to look at doing the SPLOST tax…I don’t want to spend a lot of money on road equipment right now if we can get some of that SPLOST tax because it’s not coming out of the general fund. But they are needing one right now, so we’re putting it in there.” Bradshaw added that although the funds are appropriated, they will not be used unless necessary.

Funding for an additional employee at the Towns County Tax Commissioner’s Office was earmarked, as well as an expenditure for a mandated scanner device for the tax department. An increase in the Towns County Sheriff’s Office budget to furnish two additional deputies was allotted.

“A big chunk of the increase of the budget was the fire department grant, the ambulance, the dump truck, the raises, and the other items that I had mentioned,” Bradshaw said. “I don’t want the taxpayers to think we’re blowing money. We’re not. We wouldn’t even have this in here if we couldn’t cover it, and we’ve got it covered.”

Bradshaw described the Towns County budget as “sound,” stating that all county divisions offered input on their department needs throughout the year to correctly calculate the economic blueprint. Towns County Financial Director Andrea Anderson, whom Bradshaw praised for her labor on the budget, attended the meeting.

Although the meeting was open to the public, citizens were not present at the courthouse. While FYN announced the meeting last week, Towns County’s legal organ did not receive sufficient notice to print the information.

Note: FYN requested a digital copy of Towns County’s full budget. A link will be added once received from the commissioner’s office.