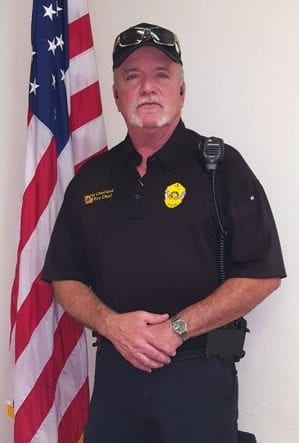 HIAWASSEE, Ga. – An equipment grant of nearly $310,000 was awarded to Towns County Fire and Rescue to purchase “air packs” for local firefighters, essential gear in the first responders’ arsenal. Towns County Fire Chief Harold Copeland announced that the department received the news from FEMA Friday, Sept. 13. Towns County will match approximately $15,000 to the federal grant, bringing the total amount to an estimated $325,000 in funding.

Firefighters breathe compressed air when using a self-contained breathing apparatus. The cylinder is filled with air using a filter system to obtain the cleanest supply possible. A mask attachment has what is called a “demand valve” which delivers air into the mask during inhalation. 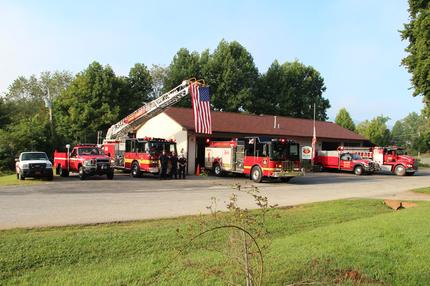 “It’s what we breathe through,” Copeland said. “It’s what we put on our backs, the harness and the bottles. Back in 2005, we got our first grant for that, then it was about $160,000 to $180,000. So no different than Fords, Chevys, pick-up trucks, then and now, the cost has nearly doubled. And that amount is literally nearly two-thirds of our operating budget.”

Chief Copeland explained that the containers holding the firefighters’ air supply can only be “hydrotested” three times, adding that the department had “already run out of that.”

Appreciation was expressed to David McDonald,Field Represenative for U.S. Congressman Doug Collns, for assistance in securing the grant. McDonald attended the Sept. 17 courthouse meeting where the funding approval was announced.