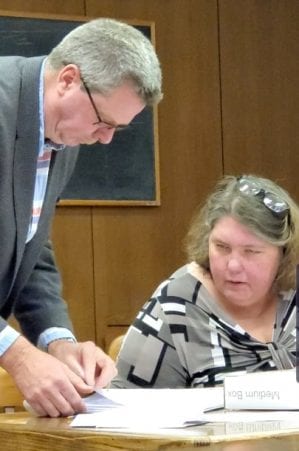 HIAWASSEE, Ga. – Towns County Sole Commissioner Cliff Bradshaw announced that a special-called public meeting would be held Monday, Dec. 23, at 4 pm to discuss the 2020 county budget at the Towns County Courthouse. Bradshaw said that Towns County Finance Director Andrea Anderson had been diligently working on the budget for the past several weeks.

“It’s a very hard balance to have enough money to supply all the needs for the different departments. especially public safety,” Commissioner Bradshaw said. “We want to make sure that our EMS service has ambulances that are running and not breaking down, and we have the manpower, womanpower, there to supply the needs. So it’s a fine line balance, but I feel like we’ve done a very good job at it.”

Bradshaw additionally reminded that Towns County tourism continues to boom. Sales tax related to the tourism industry has increased by approximately $3 million since Bradshaw was elected to office in 2016. Bradshaw credited the work of the Towns County-Lake Chatuge Chamber of Commerce, as well as a good economy, for the notable spike in revenue.

Out of 17 counties reviewed, Towns County placed second in terms of growth in 2016, when the study was last conducted. Research reveals an 8.9 percent increase in domestic tourism expenditures in Towns County since 2007. Only Dawson County exceeded Towns, at an increase of 12.7 percent. Overall, the northeast Georgia mountains experienced a 5-percent total growth in tourism in the past decade. In 2016, tourism supported 4,533 jobs in Towns County, generating $11.37 million in payroll. Local tax revenues amounted to $1.33 million.

The public meeting will be held in the commissioner’s office on the ground floor of the county courthouse.