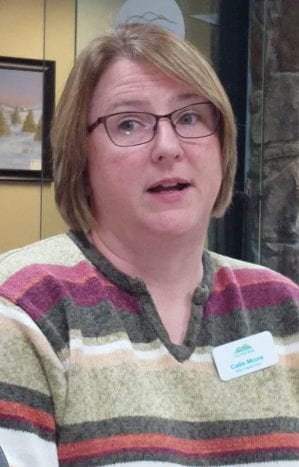 Having local authority means that the city of Hiawassee can issue local permits for erosion and sediment control, Moore explained. “But beyond that, you have a person who’s actually here to help people with erosion and sediment control. And because Towns County is not an issuing authority either, anyone around here who’s doing any kind of construction, if there was any problem with it, or they had any questions, or just to get the permit, they would have to apply to the state and the person who comes out here would have to come from Cartersville which is two hours, two and a half hours…

“The 2007 Lake Chatuge Watershed action plan – I can’t believe how long ago that was – had a list of recommendations for all kinds of stakeholders in the watershed, and local governments was one of them, and there was a whole list of local government action items – and then there were some specific ones for different cities, counties, entities, whatever in the watershed – and the last one that the city of Hiawassee has not done is the local sediment erosion control plan so this completes the checklist for protection of Lake Chatuge and it’s very exciting for me that this is happening.” 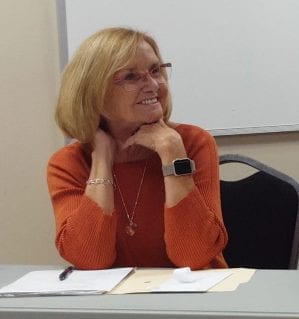 Portions of the extensive ordinance reads as follows:

“If any person commences any land-disturbing activity requiring a land-disturbing permit as prescribed in this ordinance without first obtaining said permit, the person shall be subject to revocation of his business license, work permit or other authorization for the conduct of a business and associated work.”

“Any person who violates any provisions of this ordinance, or any permit condition or limitation established pursuant to this ordinance, or who negligently or intentionally fails or refuses to comply with any final or emergency order of the Director issued as provided in this ordinance shall be liable for a civil penalty not to exceed $2,500.00 per day.”

The newly-enacted ordinance was initially brought before Hiawassee City Council as “new business” on Sept. 23, 2019.