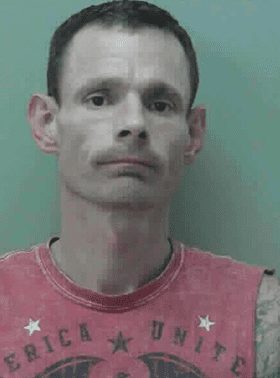 Towns County Sheriff’s Office Investigators during the course of the investigation seized a 2003 Chrysler
PT Cruiser, $13,973 in cash, a 9mm handgun, a portable scanner, a set of scales, along with other miscellaneous items. On July 19, the defendant Joseph Loog entered and closed his case with a guilty plea. On Aug. 7, a Condemnation and Forfeiture Hearing was held, and the results were that the seized property that being the $13,973 in cash, the 2003 Chrysler PT Cruiser, and the 9MM handgun was hereby condemned and forfeited to the Towns
County Sheriff’s Office.

“The Sheriff’s Office would like to sincerely thank the Enotah Circuit District Attorney’s Office for all their hard work and assistance with filing the Condemnation and Forfeiture paperwork, and with the prosecution of the criminal charges,” Chief Deputy Terry Conner said.

Under Georgia law, the government must prove by a preponderance of the evidence that seized property is connected to a crime, or that there is no other likely source for the property other than criminal activity. Property owners who file an innocent owner claim bear the burden of proving that they neither knew nor consented to any illegal use of their property. Up to 100 percent of forfeiture proceeds go to law enforcement in Georgia.