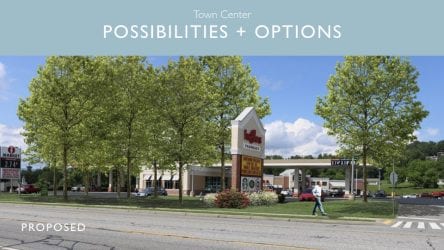 HIAWASSEE, Ga. – After many months of detailed research, the Carl Vinson Institute of Government revealed a five-year strategic plan for Hiawassee’s future on Tuesday, Dec. 4, during a Town Hall meeting. The procedure of envisioned development was the result of numerous studies conducted between the institute and local leaders, business owners, and residents. 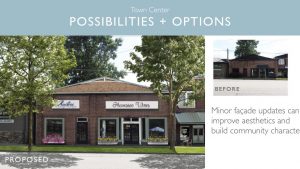 Proposed concept for a vacant building on Main Street

The City of Hiawassee worked with the Carl Vinson Institute, a unit of the Office of Public Service and Outreach at the University of Georgia, which assists state and local governments in achieving their goals. Hiawassee received a $21,000 Appalachian Regional Commission (ARC) grant in 2017 to assist in the funding of the study. Steering committees were formed for the endeavor, and interviews and focus groups were held to sculpt the formation of the plan.

During the course of the study, community stakeholders listed what they felt was working well in Hiawassee, and what they believed could benefit from improvement. Positive aspects included the strong sense of community with a “small town feel”, town square, and the location itself, brimming with natural amenities. Feedback into areas that could prosper from improvement consisted of advanced beautification efforts, occupation of vacant buildings and lots, improved traffic and transportation, and the promotion of a mixture of businesses. 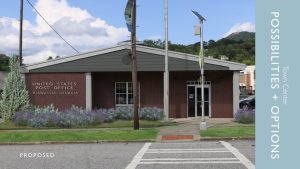 The Carl Vinson Institute presented a slideshow of suggestions, adding that the plan is not set in stone, and should rather serve as a community stepping stone.

The proposed, comprehensive plan is available in its entirety on the City of Hiawasee website.