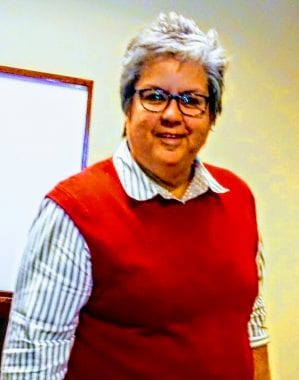 New hours of operation were set  for Hiawassee City Hall, with doors open weekdays from 8:30 a.m. to 4 p.m.

Hiawassee Mayor Liz Ordiales updated the public on Flicks on the Square, an outdoor, weekly movie night that is scheduled to begin after dark Friday, May 25.

(Correction: Showings have since been changed to twice per month rather than weekly.)

Referring to the associated cost of the project mentioned at last week’s work session, Ordiales explained her original quote was underestimated. “I had originally put down there $3,000. It’s really going to be $3,416 because the original quote of $2,899, the speakers were too small for that area. So when we upped the speakers a little bit, it was $3,416,” Ordiales explained.

Mayor Ordiales said that the “good news” is that she has learned Towns County Library owns licensing rights to many movies until March 2019, and plans to allow the city of Hiawassee to borrow their agreement at no charge.

“I’d like to see if we can have a classic movie night maybe once a month, with like Casablanca and that kind of stuff,” Ordiales said.

Councilwoman Amy Barrett suggested inviting non-profit organizations to sell popcorn. There will be no admission charge to attend movie nights on the square. 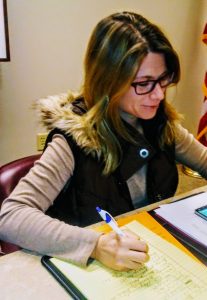 The motion to adopt Flicks on the Square was unanimously approved by the council.

A motion to streamline future consent agendas, with the financials and minutes consolidated into a single, swift vote, was motioned by Councilwoman Nancy Noblet, and seconded by Councilwoman  Anne Mitchell. The idea was raised by Hiawassee City Clerk Bonnie Kendrick at the conclusion of April’s work session.

A motion to sign a formal contract with the current municipal court probation services was unanimously favored, and the first reading of the Hiawassee tree ordinance was approved.

“It basically says that we’ll have trees in Hiawassee, and that we’ll take care of them,” Ordiales noted at the previous work session.

An eligibility application with Georgia Surplus was unanimously approved.

“This is a contract that (Hiawassee Police Chief) Paul (Smith) found for us that will allow us to purchase items from the police department, the Army, the Navy, any type of government entity,” Ordiales said. “You can buy equipment for pennies on the dollar. When I was the president of the Fire Corps, we bought a Hummer for the Fire Corps, and they put a pump on the back of the Hummer that went into the woods, and all kinds of things like that, for 50 bucks. All we had to do was change the color. So, I brought this over here so that we can get this option. Maybe we can buy some tractors, or maybe we can buy some equipment for the water department.”

All council members were in attendance, with the exception of Patsy Owens.