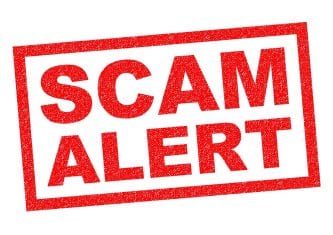 From the Desk of Sheriff Chris Clinton

The Towns County Sheriff’s Office has received several reports recently in reference to telephone scams. In some of these scams the callers have identified themselves as being representatives of the Sheriff’s Office. These callers have told victims that they had outstanding warrants against them. The scammers go on to tell victims that the warrants can be taken care of if the victims pay certain amounts of money. Neither I, nor any employees of the Towns County Sheriff’s Office, will ever contact you to solicit money.

Other recent scams involve scammers claiming to be representatives of the Internal Revenue Service (IRS). These callers claim the victim owes back taxes and that law enforcement officers are in the area awaiting word to arrest the victim if they do not provide a certain amount of money. The IRS does not solicit payment over the phone.

Many of these recent scams have involved payment via iTunes cards or other forms of direct payment. The scammers attempt to get the victim’s money immediately before they realize this is a scam. At least one caller actually had an individual call and represent himself as Sheriff Chris Clinton. That is when the victim realized it was a scam and advised the caller that they knew Chris Clinton and that the caller was not the Sheriff.

Anyone who receives a call asking for funds to take care of outstanding warrants or back taxes are urged to report these scammers to your Sheriff’s Office at 706-896-4444.