According to Hiawassee Police Department, a white male wearing a mask entered the antique store through a broken window, stealing an undisclosed amount of merchandise. The incident was captured on a surveillance camera.

Of interest, Garrett was previously arrested in connection with a burglary at the same location. 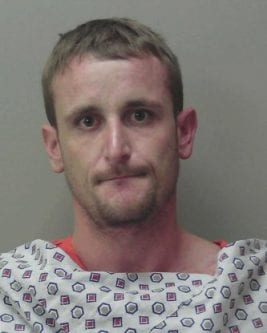 On August 17, 2017, at 6:04 pm, two Hiawassee Police Department officers responded to the area of Hiawassee Antique Mall in reference to a burglary in progress. Upon their arrival, the officers were told by witnesses that the suspect fled on foot into the wooded area behind what was once Fred’s store.

With the assistance of the Towns County Sheriff’s Office, Georgia Department of Natural Resources, and the Towns County Fire Department, a perimeter was established around the area where Garrett was seen fleeing. TCSO’s bloodhound quickly picked up a scent and lead officers into the wooded area. Shortly thereafter, Garrett was seen fleeing across Bell Creek Rd behind McDonald’s.

As officers closed in on Garrett, the suspect entered the water and began to swim into Lake Chatuge. With Garrett in the water, Towns County Fire and Rescue was requested to launch their boat from Station 1 in the event that a rescue was required. According to law enforcement, Garrett attempted to swim to several docks but was met by officers at each of them. The suspect finally exited the lake in the area of the Towns County Senior Center, where Garrett was placed into custody without further incident.

Garrett was listed as a Hayesville, NC, resident at the time of his 2017 arrest.

Hiawassee Police Department is expected to release additional details on the recent arrest in coming days.

On November 3, 2019, at 4:00 am, a masked burglar forced entry into the
Hiawassee Antique Mall and stole a large amount of jewelry from several different vendors.
Since then, the Hiawassee Police Department has been working diligently to identify the burglar
and solve the case. Several leads were developed during the investigation, but a breakthrough
came when Nathan Brice Garrett was discovered to have been in the store 12 hours prior to the
burglary.

Garrett has previously been convicted of burglary after his unsuccessful attempt in 2017 to
burglarize the Hiawassee Antique Mall. He was caught red-handed breaking through the wall of
the building and then led police on a foot pursuit which ended after he swam out into Lake
Chatuge in an attempt to avoid capture. Garrett was arrested, convicted of burglary, and
sentenced to five years of probation.

While investigating Garrett, it was discovered that he had sold jewelry to several pawn shops in
the Auburn, Alabama area, where he currently resides. The jewelry was identified as that taken
during the November 3 rd burglary. The Hiawassee Police Department secured arrest warrants
for the charges of Burglary 2 nd Degree and Criminal Damage to Property 2 nd Degree, and the
Auburn Police Department was put on notice. On November 21, 2019, Garrett was arrested by
the Auburn Police Department at Auburn Pawn Shop when he returned for the second time to
sell more of the stolen jewelry.

“Garrett was the first person to come to mind due to his prior burglary attempt at that location,”
stated Chief Smith. “However, it wasn’t until video of Garrett was discovered by the Antique Mall
owners, that we were able to place him at the scene of the crime. We thank them for the many
hours they spent reviewing security camera footage. We also wish to thank the Auburn and
Opelika Police Departments for their assistance in recovering stolen property and capturing
Garrett.”

Nathan Brice Garrett is currently in the custody of the Lee County Alabama Sheriff’s Office,
awaiting extradition to Towns County. He is presumed innocent until proven guilty in a court of
law.

Related Archive: The search continues for a second suspect involved in an alleged shoplifting incident at Hiawassee Antique Mall.

HIAWASSEE, Ga. – Hiawassee Police Department is seeking the public’s help in identifying two suspects believed to be involved in thefts occurring at Hiawassee Antique Mall on State Route 76.  According to authorities, an unidentified, masked white male allegedly entered the business through a broken window during the early morning hours of Sunday, Nov. 3, stealing an undisclosed amount of jewelry from the antique store. The suspect was described as small-framed in appearance.

A subsequent theft occurred at the Hiawassee Antique Mall during business hours on Thursday, Nov. 7, with video surveillance revealing a large-framed black male allegedly shoplifting jewelry from the location. Hiawassee Police Department believes that the store was surveyed by the suspects prior to the thefts and that the two incidents are likely connected.

The incidents were captured on video surveillance by business owners and turned over to law enforcement. Neither suspect appeared to be armed at the time of the incidents.

Hiawassee Antique Mall was previously targeted in 2017, resulting in an arrest.

“Our investigation is still ongoing,” Hiawassee Police Chief Paul Smith said. “We are following up on multiple leads and hope to crack the case soon.”

Anyone with information on either incident is asked to call 911 or contact the  Hiawassee Police Department at 706-896-2888.

HIAWASSEE, Ga. – Towns County Sheriff’s Office informed that an allegation was made Oct. 23 in reference to theft of funds from the Bald Mountain Park Homeowners’ Association checking account. According to the sheriff’s office report, the information relayed to deputies indicated that over $9,000 was suspected to have been stolen over a ten-month period of time between the dates of December 2018 and September 2019.

Upon investigation into the reported incident, law enforcement officials state that checking account records were gathered and several interviews were conducted.

At the completion of the initial investigation, Pamela Dawn Smith, 65, of Hiawassee – identified as treasurer of the Bald Mountain Park Homeowners Association –  was arrested and charged with One Count of Theft by Taking.

The investigation is currently active and ongoing at this time, authorities say.  The case will be forwarded to the Enotah Circuit District Attorney’s Office for prosecution.

Suspects are presumed innocent until proven guilty in a court of law.

FetchYourNews.com attracts over 300,000 page views and 3.5 million impressions per month with a 60,000 Facebook page reach, and approximately 15,000 viewers per week on FYNTV.com 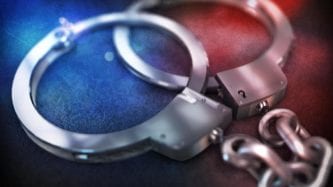 HIAWASSEE, Ga. – Towns County Sheriff’s Office responded to a complaint of an unwanted subject at a local Dollar Store, later locating the male subject at a residence on Mauldin Circle in Hiawassee.

While the specifics surrounding the incident are unclear, the subject was taken in to custody shortly after 4:30 p.m. on Thursday, Jan. 3.

Michael Thomas Patrick, 54, of Hiawassee, was arrested by Towns County Sheriff’s Office for the following offenses:

Patrick was transported to the Towns County Detention Center. The case was forwarded to Enotah Judicial Circuit District Attorney’s Office for prosecution. Patrick is presumed innocent until proven guilty in a court of law.

HIAWASSEE, Ga. – Hiawassee Police Chief Paul Smith has been warning seniors of a rash of telephone scams that have cost local residents tens of thousands of dollars in recent months.

The latest Hiawassee victim fell prey to whom she believed was a representative from the Social Security Administration (SSA). According to Chief Smith, the caller convinced the senior that she was eligible for increased government benefits, and that personal information was necessary to begin the process. When all was said and done, the victim was drained in excess of $900, her funds transferred to a bank in Iowa. Fortunately, in this particular instance, the senior was reimbursed by her financial institute, but others aren’t always as lucky.

Smith cautioned that personal information should never be offered via telephone. “They’re not going to call you and ask for information they should already have,” the police chief explained.

Smith relayed that Caller ID cannot be trusted, as there are simple ways for thieves to skirt the system. Smith advised hanging up on suspicious callers, and dialing a known number in order to contact the agency in question. “That way you know that you’re talking to a legitimate person,” Smith said.

Smith referred to the scammers as professional criminals, adding, “These people are really good at what they do.”

Hiawassee Police Department states that there is a “good lead” on the suspect involved in the SSA scam. 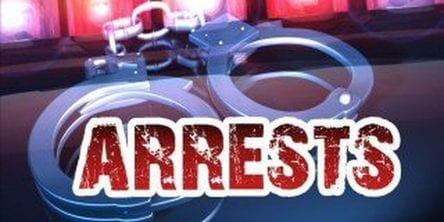 YOUNG HARRIS, Ga. – Towns County Sheriff’s Office investigators arrested and charged four suspects in reference to burglaries and theft on Friday, Nov. 2, 2018. Two burglaries were reported in the month of September, one occurring at a residence on Timberland Drive, the second at a residence on Laurel Hill Road. The theft was reported in June, occurring at Brasstown Valley Resort Equani Spa.

The investigation is active and ongoing. Additional arrests and charges are possible. The cases will be forwarded to the Enotah Circuit District Attorney’s Office for prosecution. The suspects are presumed innocent until proven guilty in a court of law.