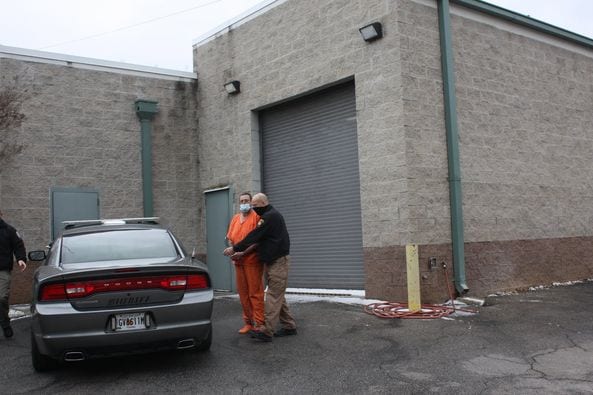 Charles Jason Matheson age 41, has been extradited back to Georgia from Clay County, NC this morning to face charges of Felony Criminal Attempt (to Commit Murder), Felony Aggravated Stalking, and Felony Aggravated Assault. I would personally like to thank all who have assisted in the apprehension of this suspect. – From Towns County Sheriff’s Office.

Matheson is being held in Hayesville on a fugitive warrant until his extradition to Georgia to face criminal charges for allegedly shooting his estranged wife multiple times at her place of work in Hiawassee, Georgia. After, he fled the scene and traveled to the Matheson Cove Road area in Clay County, North Carolina. Clay County Sheriff’s deputies blocked off Matheson Cove Road.

The shooting suspect’s been appointed an attorney and is currently under a $1 million secured bond. He’s currently charged with aggravated assault in Georgia and a fugitive charge in Clay County.

Georgia officials are in the process of applying for a Governor’s warrant. If issued by Governor Roy Cooper (D-NC) then North Carolina law enforcement can take the fugitive into custody to be picked up by the other state. The individual “might already be in custody not allowed bail or was unable to make bail following his or her initial arrest.”

Arguments against extradition will be heard on February 15.

Matheson’s estranged wife, Crystal Matheson has been recovering after undergoing surgery for her wounds. On Saturday, January 30, she released a statement on social media expressing her gratitude toward the community. 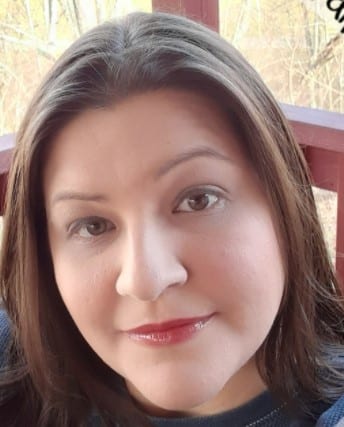 “Hey guys. I have been overwhelmed by the love that has been directed my way. I am blessed beyond measure is the simplest way I know to put it. I have felt your prayers and please keep them coming because I need them. Some of you praying I don’t even know but they are so appreciated. Those of you do know I wouldn’t have ever thought I’d be asking for prayers for a situation like this. It doesn’t seem quite real. I thank God because He is the only reason I am here. It’s not a question or a wonder or a might be. It is simply fact. I am blessed and thankful for every single person who helped from my coworkers, the girls in the doctor’s office, the cops from local to GBI, the EMS and LifeFlight, the ER doctors, and nurses, the trauma team and surgeons and every person I’ve encountered in the hospital. There is no way to make it seem logical…it defies it. I have 8 gunshot wounds. I know I shouldn’t be here but I am. My God is beyond comprehension in His goodness. I am doing my best to keep focused on getting better. It’s hard. It’s not pretty. And some days I’m not as strong as I want to be. I’ve never had pain like I’ve had but at least I’m here. Its slowly easing up some and I am so grateful. I can’t get around I can stand and take a few shuffles steps but it’s a blessing to do that. It wears me out just to do that but I’m determined to keep trying. I have quite a bit of nerve pain issues in one leg. I ask that yall keep praying for me. I pray for pain relief and strength so I can do things a little easier. I ask that you pray for my blood pressure to normalize so that I can work with Physical Therapy and get stronger. I ask you to pray for wounds to heal so I can move around without fear of hurting something more. I’m trying to answer messages. There’s a lot so please bear with me. I love all of you all. You have no idea what you mean to me and my son and my family. Overwhelmed doesn’t even describe it. Thank you from the bottom of my heart.”

Members of the community have organized auctions and GoFundMe accounts to help her pay for her recovery bills. The auction will take place on February 25 and 26. 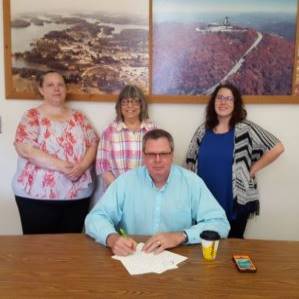 S.A.F.E. is an acronym for Support in Abusive Family Emergencies. S.A.F.E. is a domestic violence and sexual assault program with a designated service area in Towns County and Union County.

Executive Director Molly Cousin told FYN that approximately 60 sexual assault victims benefited from the local program in 2018. Between outreach and crisis calls, an estimated total of 360 clients were assisted by the non-profit last year alone.

“S.A.F.E. began in June of 1989 with the formation of a task force,” the organization’s website explains. “After an informal assessment to determine the need for services for victims of family violence, the task force decided to pursue establishing a family violence program. After additional research, volunteers were trained and began coverage of a 24-hour crisis intervention line and a support group for women. Safe homes were used for shelter. A Board of Directors was chosen in October, 1989, and the process of incorporation was started.

Additional information can be found on the S.A.F.E. website. 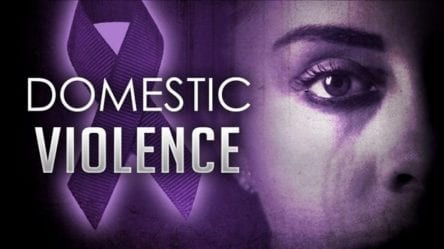 HIAWASSEE, Ga. – October is Domestic Violence Awareness Month and  S.A.F.E., a local organization that assists victims, explained why the cycle of abuse often continues. The Office of Violence Against Women defines domestic violence as “a pattern of abusive behavior in any relationship that is used by one partner to gain or maintain power and control over another intimate partner,” although men can become victims of domestic abuse as well.

“The truth is that the abuser needs the victim more than the victim needs the abuser,” a spokesperson for S.A.F.E. explained. “If the victim does leave, the abuser will say horrible things about the victim to others. Yet if the victim agreed to return, the abuser would take him/her back in a second. Domestic violence can be complex and may not make sense to observers, but blaming the victim is not the answer. If we did not haveabusers, we would not have victims. Abusers abuse because they can and the focus should be on their behavior and not on the victim. The victims benefit from developing a safety plan, support, counseling, and resources. The abuser needs consistent consequences, to stop the violent behavior and to take responsibilty for his/her actions.” 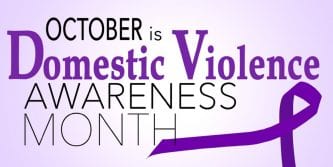 The North Enota Domestic Violence Task Force warns that leaving an abusive relationship can be dangerous, and encourages victims to contact S.A.F.E. at 706-379-3000 to develop a safety plan.

In 2018, there were 45,715 crisis calls to Georgia’s certified domestic violence agencies.

According to the Georgia Commission on Family Violence, approximately 2,035 Georgia citizens lost their lives due to domestic violence between 2003 through 2018. Georgia was recently ranked 25th in the nation for its rate of men killing women. Firearms were the cause of death in 72% of recorded domestic violence fatalities in 2018.

In 37% of the cases studied by Georgia’s Domestic Violence Fatality Review Project, children witnessed the
domestic violence homicide. In 2017, law enforcement agencies reported response to 61,824 family violence incidents in Georgia. Additionally in 2017, there were 26,327 protective and stalking orders issued in the state. 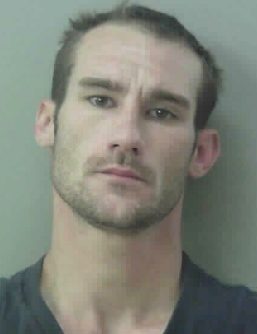 Upon the officers’ arrival, a female victim was located at the residence with visible physical injuries. The victim refused medical treatment at the time, although the victim agreed to later allow a family member take her for medical treatment.

Upon further investigation into the incident, officers located the suspect at the residence. Deputies arrested Derick Randal Canup, 28, of Hayesville, NC, on one count of battery under the Family Violence Act (FVA). Canup was arrested at the scene without incident.

Additionally, Canup was arrested on an active warrant out of Clay County, NC, for failure to appear in court on possession of methamphetamine and drug paraphernalia charges.

Canup was released on bond from Towns County Detention Center on the battery FVA charge and turned over to Clay County authorities on the arrest order.

The battery FVA charge will be forwarded to the Enotah Circuit District Attorney’s Office for prosecution.

Canup is presumed innocent until proven guilty in a court of law. 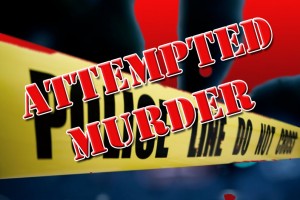 The charges came after deputies responded to an assault call at a residence on Cassie Lane in Hiawassee. When deputies and EMS arrived on scene, a 48-year-old male was discovered at the home severely injured. The victim was airlifted from the scene to Northeast Georgia Medical Center, where he was admitted to the hospital. A lookout was issued for a juvenile suspect believed to have been involved in the assault. A Clayton Police Officer on his way to work heard the lookout and spotted the juvenile on Highway 76 near the Towns County/ Rabun County line. The juvenile was taken in custody without incident.

Upon completing an investigation into the reported incident, Towns County Sheriff’s investigators arrested the 16-year-old juvenile suspected of attacking his father with a hatchet.

Sheriff Clinton would like to commend all those responding to the incident for their quick response, cooperation, and apprehension of the juvenile suspect. Towns County Sheriff’s Deputies, Hiawassee Police, Clayton Police, Towns County EMS, and Towns County Fire and Rescue personnel all responded.

The case will be forwarded to the Enotah District Attorney’s Office for prosecution. 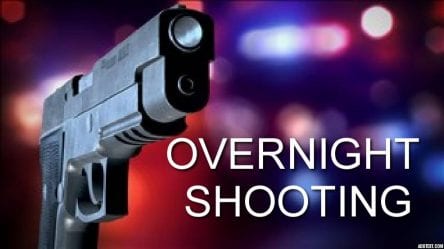 The extent of injuries are unknown at this time, although fatalities were not reported.

FYN is awaiting details from the Towns County Sheriff’s Office.

Fetch Your News is a hyper local news outlet, attracting more than 300,000 page views and 3.5 million impressions per month in Towns, Dawson, Lumpkin, White, Fannin, Gilmer, Pickens, Union, and Murray counties, as well as Cherokee County in N.C. – FYNTV attracts approximately 15,000 viewers per week, and reaches between 15,000 to 60,000 per week on our Facebook page. – For the most effective, least expensive local advertising, dial 706-276-6397 or email us at [email protected]

HIAWASSEE, Ga. – January is National Stalking Awareness month, a serious issue which effects countless men and women at any given time. In the days of digital technology and social media, stalking has become more prevalent in recent decades.

“It is difficult, but the best reaction is not to react, but collect evidence,” North Enotah Domestic Violence Task Force instructs, “Screen shots, copies of posts, texts, and other information should be preserved.”

Stalking protection orders exist in Georgia and may be an option for victims if a pattern of stalking occurs, along with fear for that of yourself or family.

Stalking is unpredictable and dangerous. No two stalking situations are alike. There are no guarantees that what works for one person will work for another, yet there are steps to increase your safety.

The National Center for Victims of Crime offers the following tips:

The National Center for Victims of Crime reports that approximately 15% of women and 6% of men will experience stalking in their lifetime. END_OF_DOCUMENT_TOKEN_TO_BE_REPLACED 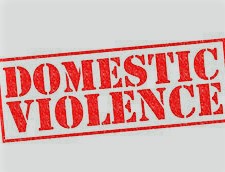 Hiawassee, GA –  Towns County Sheriff’s Office, Fire and Rescue, and EMS responded to a call on Cassie Lane during the afternoon hours of Wednesday, September 20,  concerning a report of domestic violence.

Upon arrival, first responders found a man bleeding from a hatchet attack, allegedly committed by his teenage son. The unidentified male sustained multiple injuries as the result of several blows, including at least one to the head.

The alleged suspect fled the scene before deputies arrived. He was located and taken into custody shortly thereafter.

The alleged victim was transported by Air Life for medical treatment. His current condition is unknown at this time.

Fetch Your News is awaiting an official statement from the Towns County Sheriff’s Office and will provide further information as it becomes available.