Since the initiation of “Operation Sting” on January 1st, 2022, 40 individuals have been arrested for felony trafficking, dealing, possession of methamphetamine, fentanyl, and other dangerous drugs. In the first 6 months of 2022, the Towns County Sheriff’s Office had the largest number of arrests for drugs in county history. There was a grand total of 157 substance related charges for these individuals.
Sheriff Ken Henderson along with his Command Staff met with Towns County Coroner Tamela Cooper to discuss drug overdoses. There were 2 confirmed overdose cases just this year and according to the Georgia Crime Lab toxicology reports methamphetamine laced with fentanyl along with other drugs in the victims’ systems were the causes for these deaths. Coroner Cooper stated, “these users are not getting what they think they’re getting.”
Sheriff Henderson has stated more than once that these dangerous drugs are a cocktail for death and effect all aspects of family’s lives, mental health, crimes, jail population and overdoses.
After careful analysis the Sheriff hopes these arrests which included large amounts of methamphetamine laced with fentanyl, cocaine and other dangerous drugs that were targeted for sale in Towns County will impact the number of overdoses in the future and save lives. 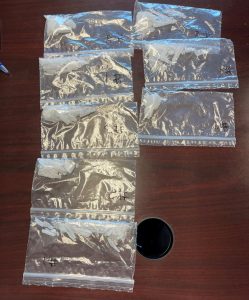 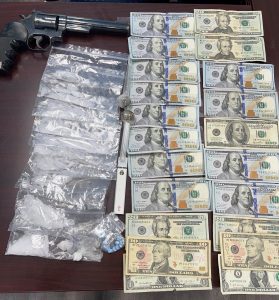 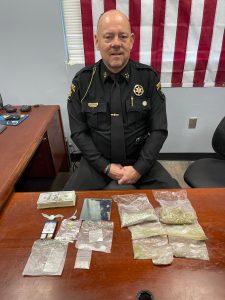 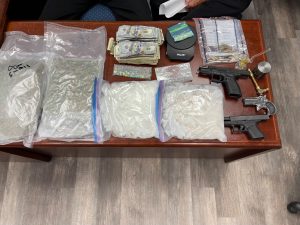