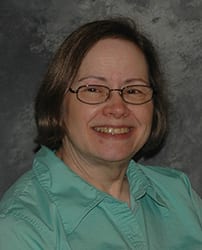 Mayor Liz Ordiales presented a proclamation to Kendrick and thanked her for everything she does for the city. A clerk serves as the professional link between the citizens, the local governing bodies and agencies of government at other levels.

Professional Municipal Clerks Week runs from May 2 to May 8. 2021 is its 52nd anniversary. It began in 1969 by the International Institute of Municipal Clerks and endorsed across the United States, Canada, and 15 other countries.

President Ronald Reagan signed a proclamation in 1984 declaring the first week of May as Municipal Clerks Week. President Bill Clinton continued the practice.

“There are many responsibilities of the Municipal and Deputy Clerk that the public takes for granted, such as keeping the council advised of legislation that affects them,” said IIMC President Mary Johnston, MMC, and Clerk of Council for the City of Westerville, Ohio. “Yet, if Clerks are inattentive in their duties, then the efficient operation of our local government is greatly affected.

“The functions of the Clerk necessitate a thorough knowledge of law procedure, administration, and interpersonal relations. To keep up with the consistent transformation in local government, many Clerks participate in continuing education and seminars and attending Clerk Institutes,” said Johnston.

Ordiales announced that Kendrick would also be serving as the court clerk for the time being. The city’s in search of the right person for the role.