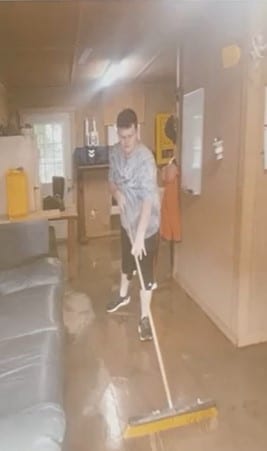 HIAWASSEE, Ga – The new water department building was approved by the Hiawassee City Council. They budgeted $50,000 for the entire project. The current building flood every time it rains and water must be pushed out. The new building will be divided to include an office on one side and then a wall would divide it from the maintenance area.

Councilmember Amy Barrett asked if the panels were going to be horizontal or vertical. Mayor Liz Ordiales confirmed they would be vertical. It was unanimously approved.

City hall repairs were approved including lights on the square, roof, painting, and cracks along the building. The lights will be two bulbs, 12 feet off the ground, and new lights over by the stairs. $60,000 was previously budgeted for city hall repairs. Three bids came in for the new lights. City Plumbing presented $14,220. Wisconsin Lighting stated it could do the job at $11,611, and LED Pros Worldwide came in at $11,465. All the polls will be replaced and bollards along the sides of the stairs. 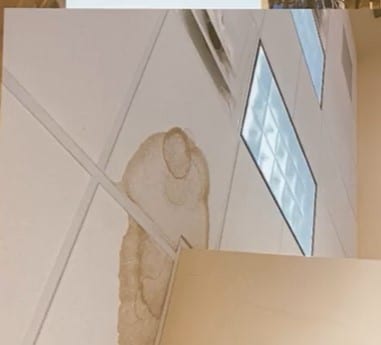 Ordiales provided a COVID-19 update. As of March 1, Towns County had administered 4,383 vaccines, 2,923 first doses, and 1,463 second doses. 49 new cases in the past week and the positivity rate dropped to six percent. The Johnson and Johnson vaccine should be available sometime in March. It’s unclear when Towns County will receive the one-shot vaccine. Starting March 8, Georgia educators became available to take the COVID-19 vaccine.

City Council approved Barrett and Associates insurance for another year. Councilmember Barrett stepped outside for the vote. At the work session, they discussed the company options which included Blue Cross Blue Shield Anthem, United Health Care, Humana, and Cigna. Hiawassee’s on a Chamber of Commerce plan to gather a large enough pool of people. Of the companies that still offer Chamber plans, the rates bounced around all over the place. Hiawassee saw one of the best rate increases at a .74 percent increase. It breaks down to around a $5 increase per person for Blue Cross Blue Shield. The total cost per person was $796.86 with a $1,500 deductible, 0 co-insurance, and $3,000 out of pocket. The other monthly cost options ranged from $978 to $1,188. Dental, vision, and life insurance did not change. 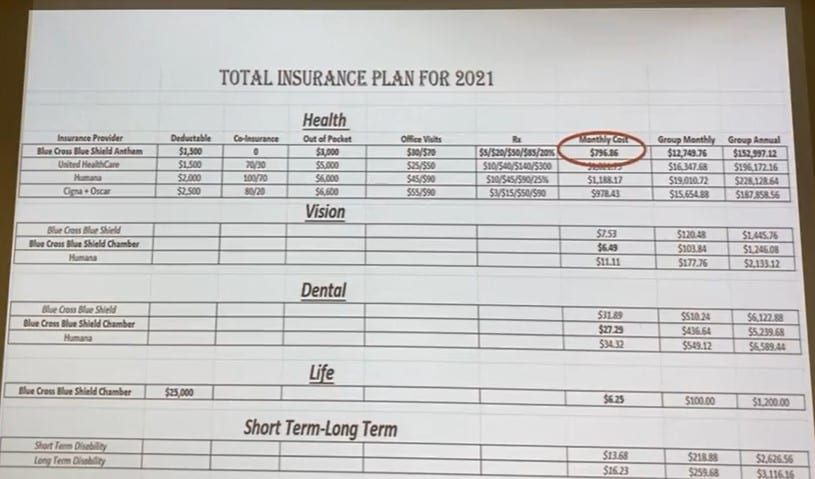 “Our total investment in our employees is $867 a month so about $433 per pay period. It’s pretty strong,” Ordiales explained. “When you start talking about your total compensation which every year, I give them a breakdown. It’s not just $15 an hour. It’s $15 per hour plus all this which gets you to $21 or whatever it happens to be. Everyone is of course different.”

The city’s asking residents to set up ACH for online monthly bills since the mail has been arriving late.

After auctioning off older cars, the council approved the purchase of a newer used 2018 police car from Jackie Jones. The city must pay out $1,400 aside from the auction funds.

$43,000 went toward the generator at the State Farm Lift Station.

EPD monitoring contract was renewed for $21,173.

Hiawassee City Council issued the first reading of the business license ordinance for workflow purposes. The dates are the only change.

Six buoys were approved by TVA for Lloyd’s Landing and five around the city water intake in an effort to slow boats down.

Thirteen sewer alarms needed upgrading at $1,224 apiece because they weren’t compatible with 5G.