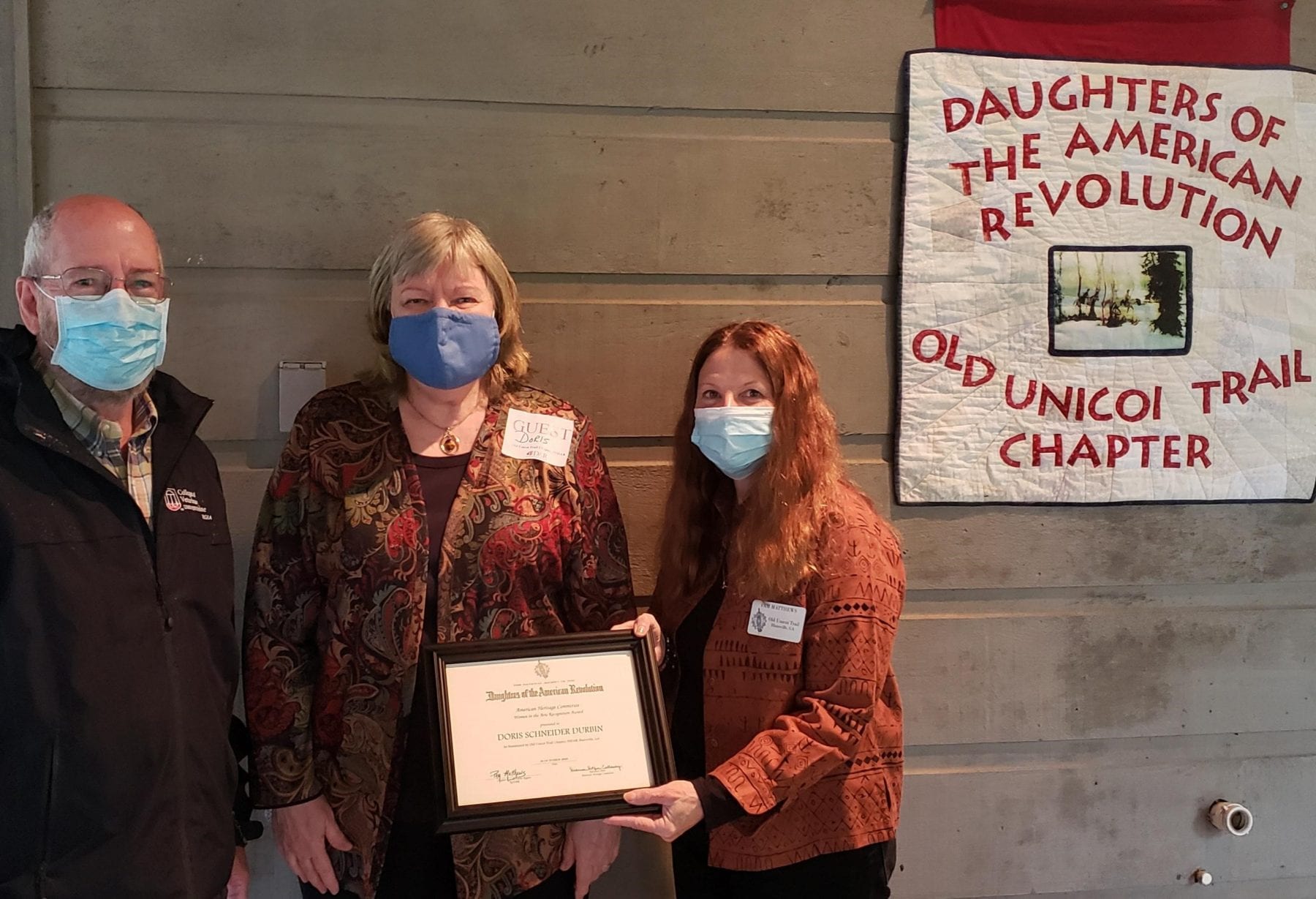 The October 10th meeting of the Old Unicoi Trail Chapter fulfilled the three-fold DAR mission of Historic Preservation, Education and Patriotism. To kick off the program the Chapter recognized Doris Durbin, Author, of Blairsville, with a National Society of the Daughters of the American Revolution (NSDAR) Women in the Arts Recognition Award. This is a widely recognized national award with only 25-30 recipients a year.

Chapter Regent Pam Matthews, Blue Ridge, explained, “The purpose of the Award is to recognize a woman who has exhibited excellence in her chosen field. To earn this award, Doris Durbin contributed to her artistic field of literature in an outstanding manner beyond mastery of technique, which for Doris is publication.”

Doris is recognized for her three-part series The Captain Chronicles, which includes “The Captain Takes a Wife”, “The Captain Seeks the Lost” and the “Captain Finds the Key.” Her historical novels feature post-Civil War life in the North Georgia mountains. 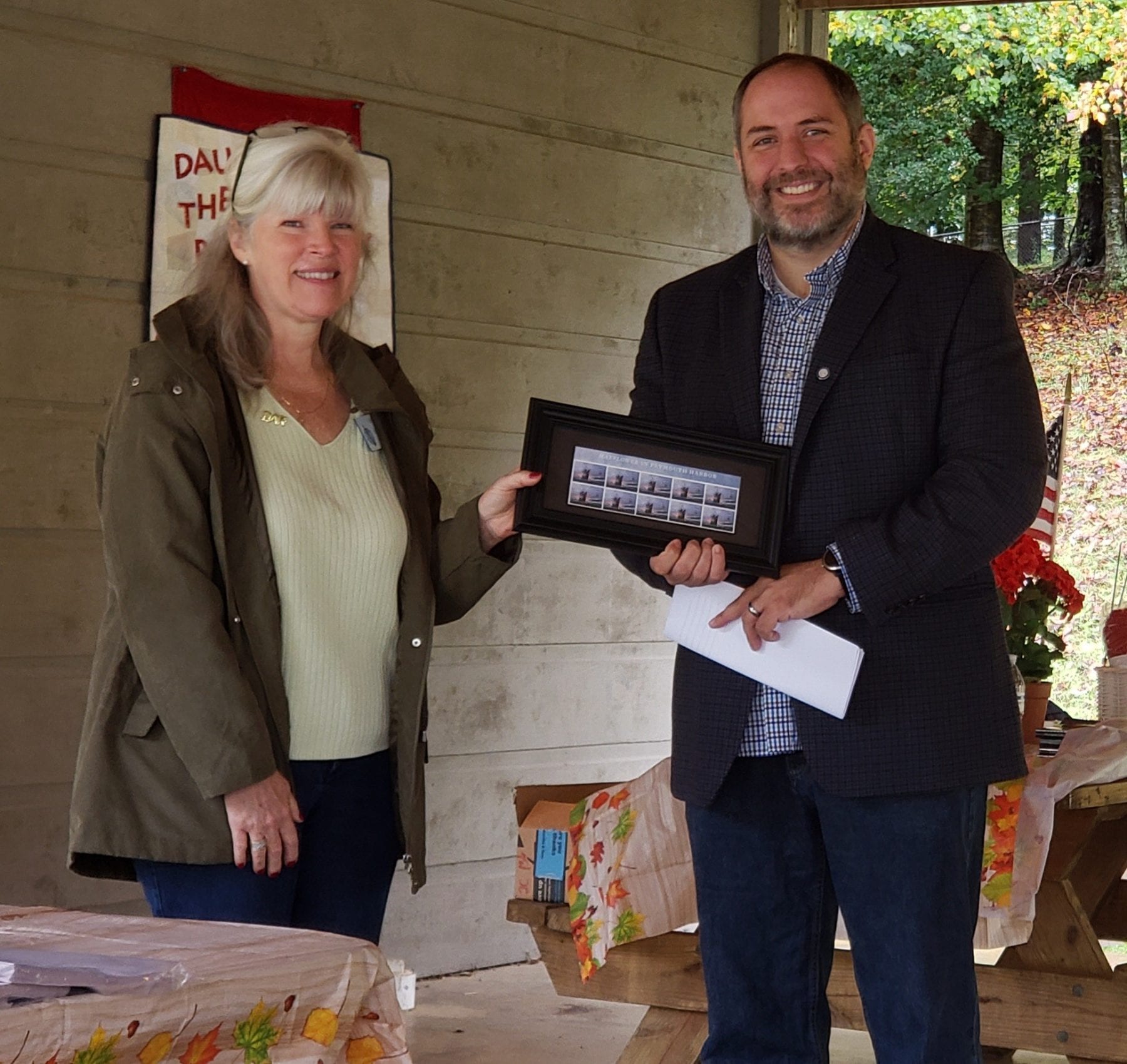 In her letter of recommendation, Eva Decker, retired educator, and volunteer with the Union County Historical Society states, “…We served together on the writing committee for the history of the First Baptist Church of Blairsville. Doris’s books, inspired by many of the biographies of Church Pastors, are good reads among historical novels.” Lamar Paris, Sole Commissioner of Union County in recommending Doris added, “Doris is an asset to our community in numerous ways. She uses her literary skills to memorialize the history of our mountain community and she inspires young people to develop such skills.”

A highlight of the meeting was the Chapter’s induction of new members by application – Kathryn Elkins Bach and Louise Danner, both of Blairsville. Dr. Matthew A. Byron, Associate Professor and Chair of the History Department of Young Harris College, was introduced by Shelli Kelly, Hiawassee. He spoke on the 4ooth Anniversary of the Voyage of the Mayflower. Two Old Unicoi Trail Daughters, Chaplain Riki Fiebel of Hayesville and Wanda Gibson, Blairsville, were introduced as descendants of a Mayflower passenger. Interactive Table Topics included Wreaths Across American and Veterans Day Thank You Cards, both by the Service to Veterans Committee, Pam Greene, Chair, Hiawassee; and Heartscarves by womenheart.org/heartscarves and Women’s Breast Cancer Awareness Month both by the Women’s Issues Committee. As a Service to American project, daughters donated items for the Mountain Presbyterian Church Food Pantry.