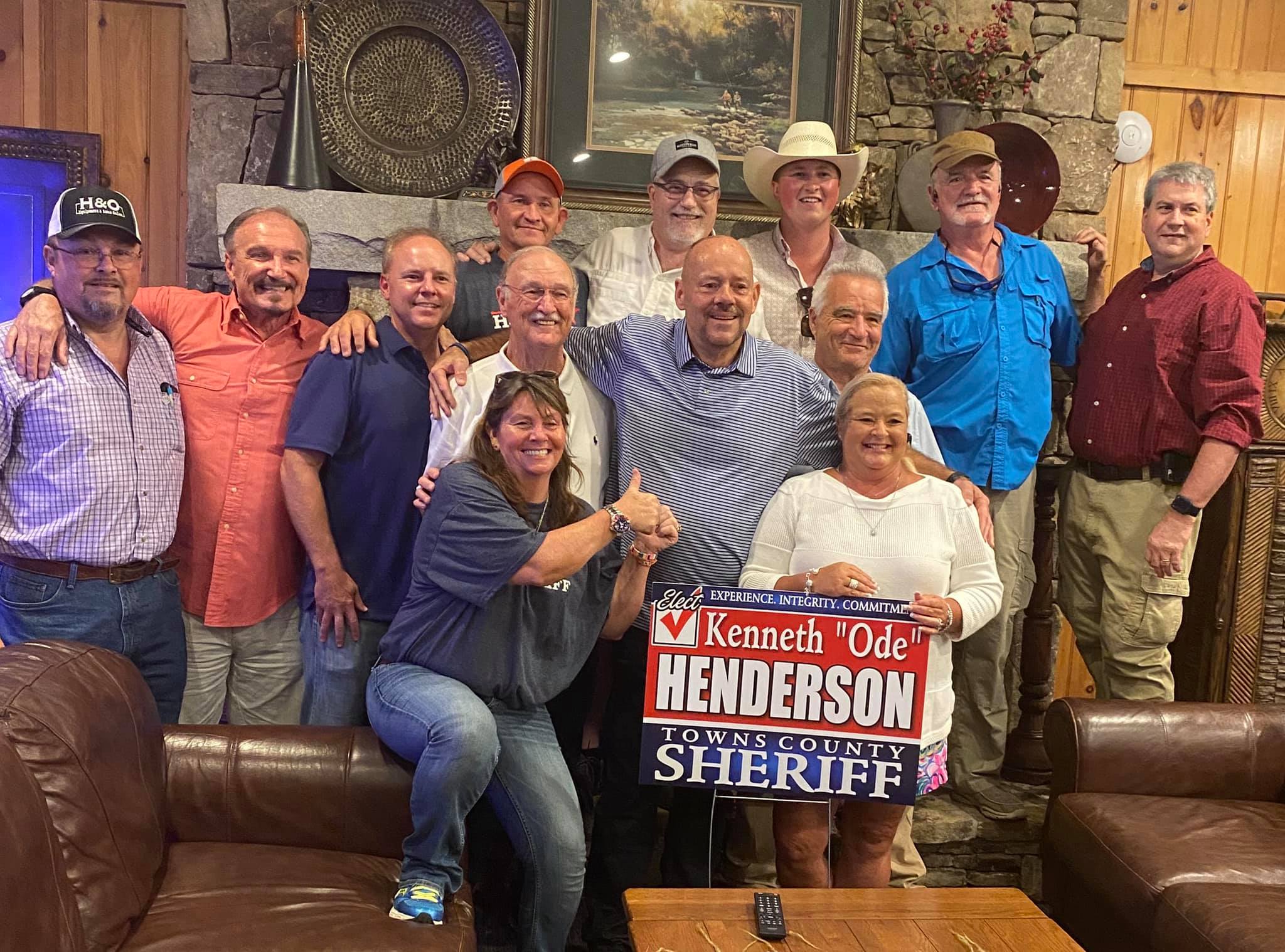 The newly elected Sheriff faces zero democratic competition in November and will be sworn into office in January 2021. He will be replacing current Sheriff Chris Clinton, who decided not to run for reelection in 2019.

Currently, Henderson serves as the Chief of Police at Young Harris College and an officer for the city of McCaysville, Ga. He grew up in Towns County and campaigned on Second Amendment Rights, drug rehabilitation programs, ending the drug trade, community policing, training, law enforcement visibility, and availability.

Henderson said the following concerning his win on Facebook,

“I am absolutely so honored and humbled to be elected as your Towns County Sheriff! I so greatly appreciate the support, encouragement, endorsements, donations, all the hard work from my campaign team, and most importantly all of YOU for getting out and making your voice heard! To anything and anybody else that made this possible, a huge THANK YOU!!
As I’ve vowed from the beginning of my campaign, I will strive to do my very BEST to serve and protect this wonderful county with honesty, integrity and determination! Don’t hesitate to contact me for anything, and again THANK YOU TOWNS COUNTY for electing me your Sheriff! I won’t let you down!”

In another tight race that is still too close to call as of 11:52 p.m. on Tuesday Habersham Commissioner Stacy Hall and lawyer Bo Hatchett are separated by just 34 votes with 100 percent of the precincts reporting. Earlier in the night, Hall led Hatchett by 64 votes. Hall is committed to an election review of the race with several absentee and overseas ballots outstanding.

When it came down to two choices, the people of the Ninth District clearly chose Andrew Clyde over Ga-8 Rep. Matt Gurtler. Clyde received 56.28 percent of the vote with 95 percent reporting. Gurtler won 43.72 percent. Gurtler did carry Towns and Union County, his strongholds, but Clyde earned the majority of votes in at least 15 of the 20 Ninth District counties.

Clyde will now go on to face Democrat Devin Pandy in the November General Election. Pandy also won his runoff against Brooke Siskin with 68.38 percent of the vote.