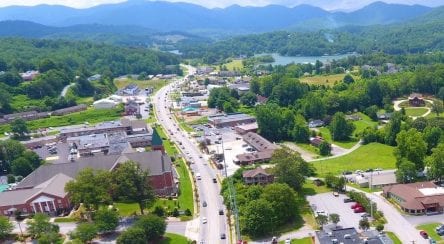 HIAWASSEE, Ga. – Hiawassee City Council met for its work session on March 30, to discuss the growing COVID-19 virus, strongly urging area visitors to stay away. Council members unanimously approved an ordinance to close all lodging facilities in Hiawassee, an act to discourage the influx of travelers seen in recent days. The 30-day declaration takes effect on the morning of Tuesday, March 31.

Towns County is expected to enact similar measures at a called meeting on March 31. Hiawassee Mayor Liz Ordiales stated that the City of Hiawassee has been in constant contact with Towns County Commissioner Cliff Bradshaw and Young Harris Mayor Andrea Gibby in order to ensure “in-sync” actions with the jurisdictions. Ordiales added that the city has been in communication with the Department of Public Health and the Center for Disease Control, as well as Georgia Commissioner of Public Health Dr. Toomey who is leading the charge against the virus in the state. “The info is not good,” Mayor Ordiales grimly announced in reference to the statistics’ outlook.

Personal Protection Equipment is arriving daily, the mayor said, and 1,200 ventilators will be delivered in the state. Test results to determine if patients have contracted the coronavirus are typically taking two days, Ordiales said, and thousands of tests are expected to be analyzed as opposed to the hundreds currently conducted.

No curfew has been enacted in the City of Hiawassee at this time.

Councilman Jay Chastain Jr. asked City Attorney Thomas Mitchell if action could be taken to reduce the level of out-of-town shoppers at the city’s lone grocery store. Mitchell said that it could not be legally pursued, and as far as travel restrictions, local governments in Georgia do not have the authority to ban travel without consent from the state. The mayor and council stressed, however, that visitors are discouraged from venturing to the area.

Hiawassee Police Chief Paul Smith stated that a city officer is experiencing symptoms associated with COVID-19. The officer is currently quarantined and will receive testing in Gainesville on Wednesday. Serve-Pro is providing sterilization of the city patrol vehicles, free of charge.

Mayor Ordiales relayed that Economic Developer Denise McKay has been assisting small business owners in the area, working in conjunction with the Small Business Association.

The Hiawassee City Council meeting was live-streamed on social media to provide social distancing requirements for council and citizens. Although there are confirmed cases in bordering White County and Clay County, NC, Towns County remains free of confirmed coronavirus cases at the time of this printing.

Continue to follow FYN for coverage of Towns County’s amended emergency order in addition to further developments on the COVID-19 pandemic.