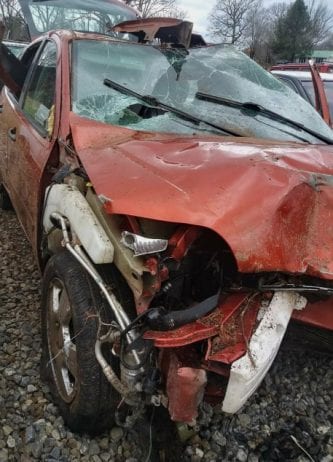 HIAWASSEE, Ga. – The third Towns County rollover vehicle accident in a week occurred on Thursday. March 5, on State Route 76 near Swallow’s Creek Road, east of Hiawassee. A male driver suffered non-life threatening injuries when the vehicle that he was driving exited the highway and striking a tree prior to the rollover. Towns County first responders were dispatched to the scene at 5:13 p.m. The patient was transported by ambulance to Chatuge Regional Hospital in Hiawassee for medical treatment. Responders on the scene of the crash reported wet roadway conditions.

The initial accident occurred Feb. 28 when a 20-year-old male driver was ejected from the vehicle that he was driving following a rollover crash, ending alongside the State Route 76’s eastbound shoulder in Young Harris. The Hiawassee resident miraculously sustained only minor injuries, refusing ambulance transport for further medical evaluation. An accident on March 3 involved a rollover accident on State Route 75 North in Hiawassee. The driver was transported to Northeast Georgia Medical Center in Gainesville by Towns County EMS with non-life threatening injuries.

NHTSA data shows that 95% of single-vehicle rollovers are considered tripped. This happens when a vehicle leaves the roadway and slides sideways, digging its tires into soft soil or striking an object such as a curb or guardrail. The high tripping force applied to the tires in these situations can cause the vehicle to roll over.