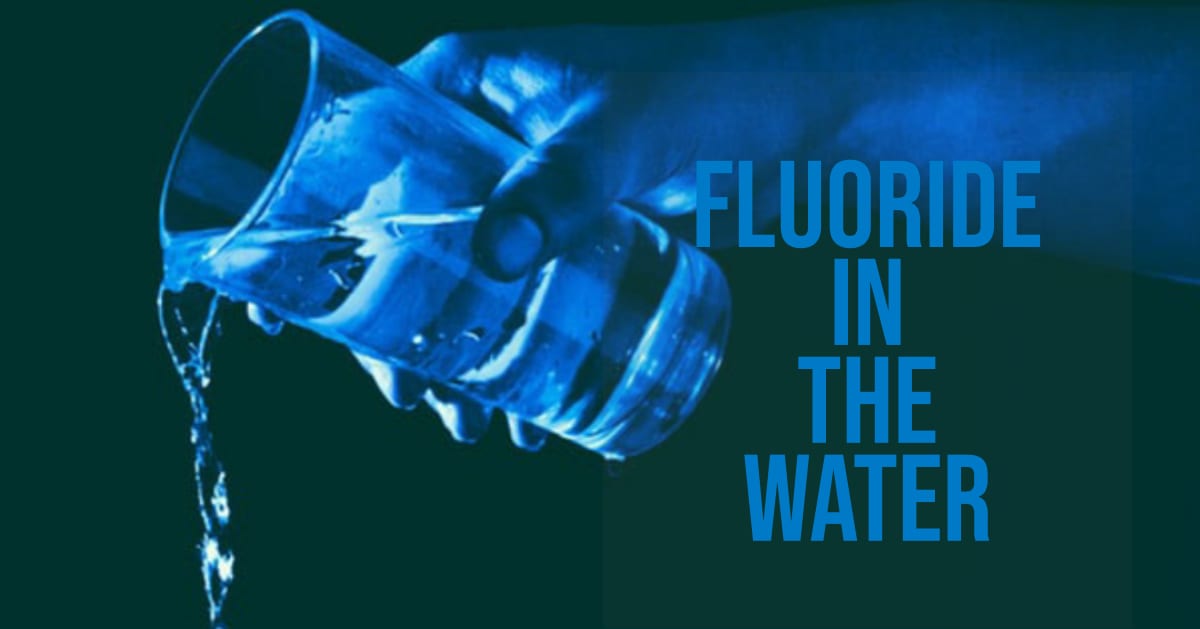 HIAWASSEE, Ga. – As previously reported by FYN, Towns County voters will not have a say as to whether fluoride is added to the City of Hiawassee’s water supply. The decision will lie solely in the hands of Hiawassee voters due to a lack of signatures collected from citizens to place the issue on the county ballot.

Click to read: Citizens, activists react to inability to vote on fluoride

“In April of 2019, EPD during their annual inspection of our Water Treatment Plant asked why The City’s water system was not being fed fluoride,” Ordiales stated in an email. “After much research, there was documentation dating back to 1983 that showed a petition was received that substantiated that fluoride NOT be added to the system.  EPD stated that there should have also been a referendum and an ordinance passed for that effort to be complete.  The second part of that process was not done.  Since the City is the managing operator for the Water Treatment Plant, it was determined that there only need to be 10% of the citizens that voted in past election that needed to sign the petition to allow for a referendum and a ballot vote.  Those signatures were obtained by Corbin McClain [sic] and were submitted to the Elections board in September 2019.  All parties were under the impression that all water users, City and County, were to be included in the vote.  We are now being told that since the signatures were for the City jurisdiction, that only the City voters would have the opportunity to vote on this matter.  That news was discovered this past week.  The May 19th ballot will contain the questions…’Should the City of Hiawassee add fluoride to the City’s water system? (Yes or No)’.”

FYN contacted McLain, the Towns County resident who volunteered to collect the petition signatures to place the issue on the May ballot. McLain stated that she was instructed by Mayor Ordiales to garner signatures solely from city citizens, purportedly based on information received from the EPD. 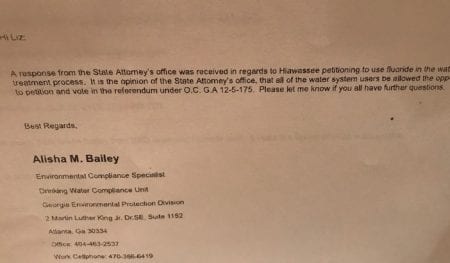 A 2019 letter addressed to Mayor Ordiales from the EPD.

The EPD, however, released the following statement to FYN last week: “The City of Hiawassee and Towns County, under the 2018 Wholesale Water Agreement provided to EPD, each have a right to the finished water produced by the Hiawassee Water System (HWS); HWS gets about 55 percent and the Towns County Water and Sewer Authority (TCWSA) about 45 percent,” Kevin Chambers, EPD Director of Communications, said. “Based on that agreement, EPD advised that the TCWSA and HWS are considered one system for purposes of O.C.G.A. 12-5-175 and that all water system users should be allowed to petition for and vote in any referendum.”

Feedback from county citizens on the inability to weigh-in on the matter proved swift as Hiawassee water consumers outside of the city limits continue to make their thoughts known via social media.