YOUNG HARRIS, Ga. – The media often avoids reporting general suicide, but it is an issue that tragically affects every region in America. According to a 2017 Centers for Disease Control and Prevention Leading Causes of Death Reports, suicide was the tenth leading cause of death overall in the United States, claiming the lives of over 47,000 citizens. It ranks as the fourth leading cause of death for people ages 35 to 54, and the second for 10- to 34-year-olds.

Hailey Silvey, LAPC, NCSC, Suicide Prevention Initiative Project Director with the Council on Alcohol and Drugs, Inc. is offering a QPR (“Question, Persuade, Refer”) class on March 5, at 5 p.m. at the Lake Chatuge Chamber of Commerce office. QPR is an hour-long course on suicide awareness, and how to intervene if someone is suicidal. The training discusses topics such as potential warning signs, ways to intervene, and resources available in the local area. 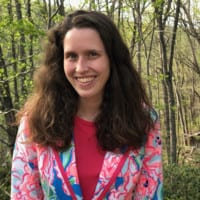 Created by Dr. Paul Quinnett, and first described in 1995 in a number of presentations and publications by the QPR Institute, more than 15,000 certified QPR instructors have been trained in America and abroad through 2015, and more than 1,000,000 American citizens had been trained as QPR gatekeepers by the end 2009, at a current rate of approximately 25,000 persons per month.

The training is offered free of charge to all groups and businesses in Towns and Union counties.

The Chamber is located at 1411 Jack Dayton Circle in Young Harris – directly across the street from The Ridges Resort.

According to the American Psychological Association, pinpointing the reasons that suicide rates rise or fall is challenging in part because the cause of suicides is complex. Risk factors include health factors (such as depression, substance use problems, serious mental illness and serious physical health conditions including pain), environmental factors (such as access to lethal means and stressful life events, including divorce, unemployment, relationship problems or financial crisis) and historical factors (including previous suicide attempts, a family history of suicide, and a history of childhood abuse or trauma). Socioeconomic changes could be part of the puzzle in understanding the statistics. Globally, suicide rates have often fallen when living conditions have improved. However, the reverse is additionally true.

If you are considering suicide, or you are worried about a friend or loved one, please contact the National Suicide Prevention Hotline at 1-800-273-8255