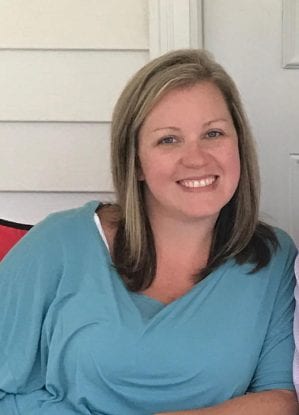 HIAWASSEE, Ga. – Tamela Cooper, a challenging candidate in the Towns County coroner’s race, responded to a public “hidden agenda” inquiry from a supporter of the incumbent, calling into question whether it may be a conflict of interest for a funeral director to jointly serve as a county coroner. Cooper, the co-owner of Banister-Cooper Funeral Home in Hiawassee, has served as a Towns County deputy coroner since 2013. Cooper will face first-term Coroner Harold Copeland in the May 19 general primary on the Republican ticket. Copeland, who ran unopposed in 2016, simultaneously serves as Towns County’s fire chief.

“Of the 154 Coroners in Georgia, almost half are funeral directors (48%). In addition to these 74 elected coroners that are funeral directors, many more deputy coroners that are hired by the Coroners are directors,” Cooper explained. “A few examples around us where Coroners are also funeral directors include White, Rabun and Habersham Counties. The truth is, the link between funeral directors and Coroners is pretty simple. Funeral directors are accustomed to being woken in the middle of the night, supporting grieving families and a high attention to detail. One thing the best funeral directors have in common is that attention to detail; we want everything perfect no matter how small it may seem to someone else and, even if the extra step goes unnoticed, we simply want things as perfect as possible. Maybe that means carefully placing 5 long stem roses evenly along the cap panel of a casket for a family or maybe it’s a director standing in the same spot for 8 years watching every movement inside their chapel. The point is, we look for the smallest of details and plan for action before it is an issue, the things I often call our ‘just in case.’ That attention to detail is a major asset when given the investigation side of being a coroner. We have the desire to get things right and close to perfect because of our natural attention to the smallest of details. People who select to care for decedents and grieving families do not wake up one morning and just decide this is what they want to do. Honestly most of us push off fulfilling our calling just to make certain we are positive we are being led into a heartbreaking career that often involves middle of the night calls, extremely early mornings, tears and many deep breathes before walking into a home where we know we are about to hurt along with a long served family.”

Over the course of several conversations, Cooper told FYN that her empathy and compassion sets her apart in the contested race.

“I’ve never questioned my career choice, not even when a very helpful paramedic was ripping a sticky fly trap out of my hair on a scene,” Cooper continued. “Even then, I pulled it together and completed my work before tending to that extremely sticky substance in my hair. I wake every day and know I may face losing my shoes in a lake bank, dodging chickens on a chicken farm, or wiping tears from a mother’s cheeks. We are born to serve in the death care field, so it makes perfect sense that we would be naturally drawn to the coroner job. Having been a deputy coroner for 7 years, I have served over 150 families via the coroner’s office and can assure you that no matter what funeral home a family selected, I placed that family into another professional’s hands just as professionally as when I placed them into my staff’s hands. If you give me the honor of being Towns County’s next Coroner, I can assure you that not only will I take care of your loved ones, but also I will never push or even suggest that anyone use my funeral home; that is a choice that the family makes and I respect. More often than not, unless the family knows exactly who I am, they never know I am a funeral director. Of the many scenes that I have been on and the hundreds of first responders and family members that were on those scenes, any of them can attest to the fact that I have never promoted my funeral home.”

Cooper added that out of the 155 deaths that she has responded to since 2013, over half of the decedent’s final plans were handled by funeral homes other than Banister-Cooper.

“Fortunately, most of the people of Towns County will probably never have to deal with a Coroner and that leaves a little bit of mystery about what the experience is like,” Cooper said. “Coroners are not usually involved with hospice, nursing home, and in-patient hospital deaths. We do not come out in a hearse with a funeral home name or dressed with funeral home identification. We usually come out in a personal vehicle and introduce ourself with our name and title of Coroner or deputy coroner. When it comes time to ask for a funeral home, we ask an open-ended question such as, ‘What funeral home would you like for me to contact?’ Once a funeral home is chosen, we call the chosen funeral home and have them send a hearse; if the chosen funeral home happens to be mine, I call another staff member to come.”

Qualification for Towns County’s elections, including that of coroner, begins March 2. 2020.