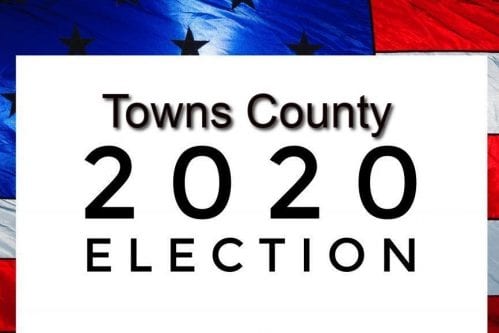 HIAWASSEE, Ga. – As the 2020 elections approach, the Towns County Board of Elections and Registration wants to ensure that area voters understand the ballot process.

Georgia left the group of states that vote on Super Tuesday, opting to hold its presidential primary in late March. The primary has been set for March 24, three weeks after Super Tuesday, which Georgia has joined in past election cycles. Critics of the date change say that last year’s announcement by Georgia Secretary of State Brad Raffensperger could relegate Georgia voters to a weakened influential position in choosing each party’s nominee. Proponents of the date change, however, cited that the delay would allow ample time for the updated voting machines to be delivered and introduced to precincts.

The Republican Party will select its presidential nominee at the 2020 Republican National Convention in Charlotte, North Carolina. According to Ballotpedia, the convention will be held from August 24-27, 2020. Prior to the national convention, individual state caucuses and primaries are held to allocate convention delegates. Georgia will have an estimated 76 delegates. Delegate allocation is a hybrid system. These delegates vote at the convention to select the nominee.  Delegate allocation is proportional. Incumbent President Donald Trump (R) filed for re-election on January 20, 2017, the day of his inauguration. George H.W. Bush (R) was the last incumbent to face a serious primary challenge, defeating political commentator Pat Buchanan in 1992. He was also the last president to lose his re-election campaign. Franklin Pierce (D) was the first and only elected president to lose his party’s nomination in 1856.

The Democratic Party will select its presidential nominee at the 2020 Democratic National Convention in Milwaukee, Wisconsin. The convention is being held from July 13-16, 2020.

Georgia will have an estimated 120 delegates comprised of 105 pledged delegates and 15 superdelegates. Prior to the national convention, individual state caucuses and primaries are held to allocate convention delegates. These delegates, along with superdelegates who come from the party leadership, vote at the convention to select the nominee. In 2016, a Democratic presidential candidate needed support from at least 2,383 delegates to secure the nomination.

As of February 2020, the following 11 Democrats are running in the primary: