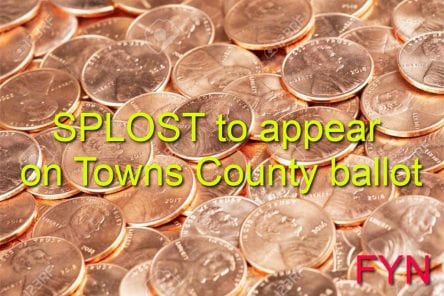 HIAWASSEE, Ga. – Towns County Sole Commissioner Cliff Bradshaw requested that the Board of Elections include a Special Purpose Local Option Sales Tax (SPLOST) referendum on the May 19, 2020 primary ballot.

“The school’s SPLOST tax runs out in October…,” Bradshaw said last week. “Ours will pick up when theirs cuts out, when theirs ends. So there would be no increase on taxes from what it is right now. And the reason we’re asking for the SPLOST tax is to remodel this courthouse and possibly do an addition on it because all of the judges since I have been here have come in and actually told me you all need to do some work here at the courthouse. We’re not handicapped compliant, and there’s several other reasons as you can look around and see. We just need to be updated. 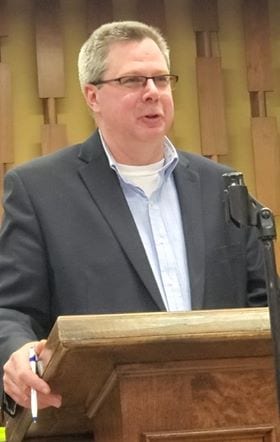 A SPLOST is an optional one percent county sales tax used to fund capital outlay projects proposed by the county government and participating qualified municipal governments. In general, county and municipal governments may not use SPLOST proceeds for operating expenses or maintenance of a SPLOST project1 or any other county or municipal facility or service. SPLOST is levied in what the law refers to as a “special district,” which is comprised of the entire territory of the county calling for the SPLOST. By using special districts, the revenue of a county tax
can be constitutionally shared with participating municipalities. The tax is imposed when the board of commissioners – or in the case of Towns County, the sole commissioner – calls a local referendum (i.e., vote)  and the referendum is subsequently passed by the voters within the county.