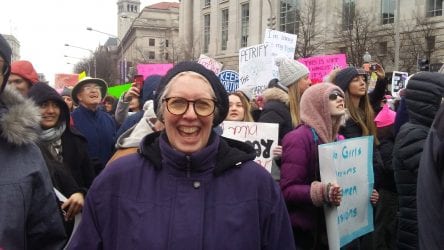 HIAWASSEE, Ga. – Five Towns County residents joined thousands of women across the country in participating in the 4th annual Women’s March on Saturday, Jan. 18, in Washington D.C. and Sylva, N.C. 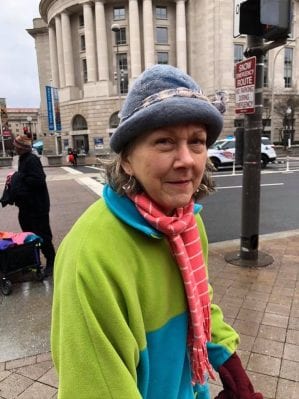 “Women, femmes, and allies will join together in the streets to show our collective power and make 2020 the year we finish what we started and defeat Donald Trump,” the call to action read. “The march will be led by the Chilean protest group, Lastesis. When the march reaches the front of the White House (16th and H St. NW), they will commence the global feminists protest anthem, Un Violador en tu Camino (A Rapist in Your Path). After the anthem is done, the marchers will head back to Freedom Plaza.”

The Women’s March included Denise and David Phillips of Young Harris who marched in Sylva, NC, along with David Best of Hiawassee (not pictured); Charlotte Sleczkowski, Towns County Democratic Committee chair (featured image), and Elaine Roberts, both of Hiawassee, who took part in the main march in Washington, D.C. 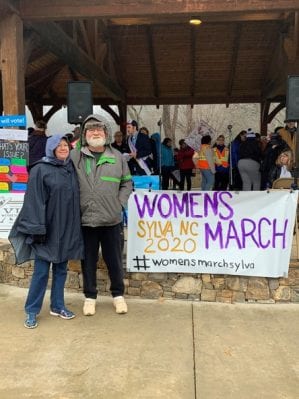 Marches were simultaneously held in over 200 cities throughout the world.

“The mission of Women’s March is to harness the political power of diverse women and their communities to create transformative social change,” the national organization’s mission statement reads. “Women’s March is a women-led movement providing intersectional education on a diverse range of issues and creating entry points for new grassroots activists & organizers to engage in their local communities through training, outreach programs, and events. Women’s March is committed to dismantling systems of oppression through nonviolent resistance and building inclusive structures guided by self-determination, dignity, and respect.”

FetchYourNews.com attracts over 300,000 page views and 3.5 million impressions per month with a 60,000 Facebook page reach. Approximately 15,000 viewers visit FYNTV.com If you would like to follow up-to-date local events in any of our counties of coverage, please visit us at FetchYourNews.com