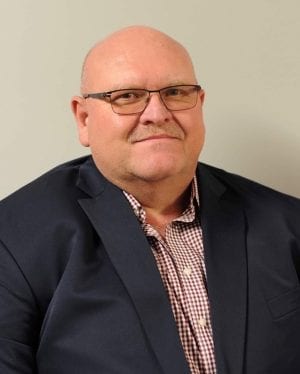 HIAWASSEE, Ga. – FYN interviewed Towns County sheriff’s candidate Daren “Bear” Osborn last week, peering into the contender’s plans if elected to office in 2020. Osborn was the first challenger to enter the sheriff’s race, a month prior to Towns County Sheriff Chris Clinton’s retraction to seek a fourth term. Osborn released a lengthy list of goals and objectives Oct. 16, five days after his candidacy announcement. The sheriff’s candidate has undoubtedly put into action his promise to become “a working sheriff,” regularly attending political engagements and volunteering at community events with wife, Missy, long before his campaign officially launched. Osborn had since taken to visiting Towns County constituents in a door-to-door approach, seeking future votes of confidence.

FYN opened the interview by reviewing Osborn’s qualifications, along with what sets the contender apart from the two candidates who have since entered the race. The 33-year career law enforcement officer recalled his years of serving as police chief of Hiawassee Police Department, police chief of Baldwin, GA, and time spent within the Towns County Sheriff’s Office. “I’m a lifelong resident of Towns County. My family has always been here. I love these mountains and the people,” Osborn said. “Experience counts. I’ve worked all levels of crimes, on scene, from murders to thefts to misdemeanors.” Osborn stated that he had completed each of the three tiers of Georgia Public Safety Training Center (GPSTC) training, including law enforcement supervision and management.
When asked what Osborn believes is working well within the present-day sheriff’s office, and what could benefit from improvement, Osborn touched upon several subjects. “There’s a strong deputy effort to stop drugs, but that ends after the arrests,” Osborn explained. “Investigations should be continued, leading to high-level dealers rather than ending with small-time users.” The sheriff’s contestant stated that if elected, a drug task force will be formulated, with an “in-house” narcotic agent brought on board. Osborn cited drugs as the most pressing issue that he plans to tackle. When asked which commonly abused drug poses the highest risk to the community – methamphetamine or opioids – Osborn quickly responded, “both,” adding that marijuana is equally destructive. “I classify all drugs in the same category. Marijuana is a gateway drug, and all drugs lead to distribution. It starts with marijuana. These vaping cartridges, for example, some contain 98-percent THC. It’s killing these kids, and it’s all marijuana-related. Once they get on something, they can’t get off, and people start ‘going big’ with drugs.” Osborn included that drug use often translates to an uptick in property crimes.
The Union County Sheriff’s Office investigator elaborated that he intends to initiate a drug intervention program similar to that of Rock Bottom Recovery and Support in Clay County, NC. Rock Bottom Recovery visits inmates incarcerated on drug-related charges. “For lack a better term, Rock Bottom witnesses to the inmates,” Osborn said. “They’re educated on what drugs can do, and taught that there’s a better way of life.” Osborn confided that he would seek advisement from those who have battled an addiction to address the prevalent problem adequately.
Moreover, Osborn stated that additional patrol deputies are justified in Towns County, an issue that Sheriff Clinton publicly raised following his retirement rescript. Towns County Sheriff’s Office currently employs two patrol deputies per shift, assigned to eastern and western zones. Osborn confided that he is confident that he can operate within a budget set forth by the commissioner’s office. The candidate reiterated the importance of deputy training, adding that while the State of Georgia requires 20 hours of instruction annually, as sheriff, Osborn intends to aim for a minimum of 40 hours of advanced training within the department.
FYN dug into Osborn’s constitutional position, precisely his views on the 2nd and 4th Amendments. Osborn established that he is “definitely pro-gun” and compliant toward the 4th Amendment – the right of the people to be secure in their persons, houses, papers, and effects against unreasonable searches and seizures. “People will be safe in their homes,” Osborn responded. “All procedures will be played according to law, done right, and if they aren’t breaking the law, there won’t be any problem.”
The interview concluded with FYN questioning whether Osborn had received political backlash on his transition from running on the 2012 Democratic Party’s ticket to that of the Republican Party’s ballot in 2020. Osborn claimed that inquiries have been minimal. “I changed Parties because of my moral stance, and people seem to understand that,” Osborn divulged. “I’ve always been a conservative, and the views of the current Democratic Party are at odds with my beliefs.” The candidate went on to describe himself as a “Zell Miller” policy proponent. Osborn currently serves the Towns County Republican Party as the delegate chairman of the Macedonia district.
Osborn, a lieutenant deputy with Union County Sheriff’s Office, resides in the Bugscuffle community of Hiawassee with his wife, Missy, of 29 years. Osborn is the father of two grown children, Kayla and Tyler,  and a member of Macedonia Baptist Church.
FYN has scheduled a post-holiday interview with Towns County sheriff’s candidate Linda J. Curtis, who entered the race last Thursday. Candidate Kenneth Henderson declined an interview with FYN, offering a future press release, prior to qualification in early March.
crime Daren Bear Osborn Daren Osborn Election 2020 Towns County sheriff's election Towns County Sheriff's Office