The legislature is designed to make it simplier for wireless broadband antennas to be installed along public right-of-ways. The law requires wireless companies to seek approval from cities before being allowed to affiix them. The act is designed to help pave the way for the implementation of 5G wireless communication networks in the future. Additional antennas will be necessary to transmit the amount of data that a network will require. According to the wireless organization Cellular Telecommunications and Internet Association, these transmitters will also capable of supporting mid-band and high-band spectrum frequencies, in addition to the more traditional low-band spectrum frequencies. As mid- and high-band waves cannot travel as far as low-band waves, a need will arise to place the antennas more densely than the large towers currently forming the backbone of wireless networks. 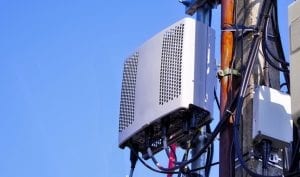 The second reading and adoption of the Small Cell Ordinance, along with a second reading of an UNITI Registration Ordinance which also deals with the city right-of-ways, is expected prior to Oct. 1.