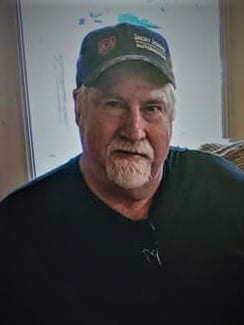 HIAWASSEE, Ga. – A two vehicle accident claimed the life of Hiawassee resident Randy Barnes, 59, during the early morning hours of Wednesday, Aug. 14. Barnes was traveling on his motorcycle on State Route 76, Aug. 13, when an employee exiting the parking lot of Papa’s Pizza collided with the victim.

Randy was born February 14, 1960 to Lula Bell (Arrowood) Barnes and the late Van Barnes. Randy is what most would call a “Salt of the Earth Man”. You rarely saw him without his cowboy boots, hat, cellphone and his sunglasses.  He loved his family including his dog Ella; he and his wife, Lorene were happily married for 39 years, raised two children who then blessed them with grandchildren. He loved being a grandfather, was fun, and lived to entertain his grandchildren and all children really. Randy was a hardworking man who was devoted to his work and loved his coworkers at Southwire like family. He was a social butterfly, never met a stranger and made friends everywhere. In fact most mornings he would meet a few coworkers at Main Street Grill for a biscuit and if he was not going to be there he would call and let them know they didn’t need to make his biscuit that day. When he was not enjoying his normal biscuit you could find him at the hospital cafeteria complimenting the cooks on their cooking, especially their biscuits and gravy. He loved to ride his motorcycle, hunt, fish and watch sports whether it was the Atlanta Braves, Georgia Bulldogs or his grandkids playing. Randy was a happy man as long as his family was happy. He and Lorene enjoyed just sitting on their porch listening to country or gospel music until Lorene told him to put on his earphones.  Randy is preceded in death by his father Van Barnes and his brother Jeff Barnes. He is survived in death by his wife Lorene Barnes; mother Lula Bell Barnes; daughter and son-in-law Nikisha and Bradley Clampitt of Hayesville, NC; son Randy Barnes; brother and sister-in-law Tim and Delores Barnes of Hiawassee; brother Danny Barnes of Hiawassee; sister and brother-in-law Lecia and Robin Bryan of Hayesville, NC, Kathie and Dave Griffin of Alpharetta, GA and Sandra and the late Lester Craig of Hiawassee; grandchildren Natalie Barnes, Briley Clampitt, Brody Clampitt, and Lily Clampitt; and a number of nieces and nephews. Also surviving are many friends that will dearly miss him.