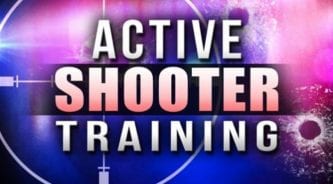 HIAWASSEE, Ga. – Officials are in the process of planning a full-scale emergency response drill in Towns and Union Counties, consisting of a prison break and active shooter scenario. Meetings were held April 15, and today, April 24, at the Emergency Operations Center in Blairsville. The exercise is scheduled Friday, May 3, from 9 a.m. to 1 p.m.

The drill is directed jointly by the Georgia Mountains Healthcare Coalition and the Northeast Georgia Health System. The purpose is to review local and regional coordination in an effort to address preparedness gaps and identify areas for improvement in response to an active shooter scenario. Locations of the training will include a Hiawassee doctor’s office and Union County Farmers Market. Medical response evaluations will occur at Chatuge Regional and Union General Hospitals. Multiple “casualties” and “fatalities” will ensue during the mock crisis.

The focus in Towns and Union Counties is to review the response, coordination and communications among community partners.  To the extent possible, organizers asking for emergency agencies to participate as much as possible considering their own available resources.  The more effort that is exhibited towards situational realism, the better the training, the manual for the drill reads.

Local law enforcement, fire and rescue crews, and emergency medical staff will participate in the drill. “The exercise is written with the healthcare organizations goals in mind, but it offers an opportunity for the community to be involved for training and skill development within the discipline of each group,” the situational manual explains.  “The National Planning Scenarios and the establishment of the National Preparedness Priorities have steered the focus of homeland security toward a capabilities-based approach.  Capabilities-based planning focuses on planning under uncertainty, since the next danger or disaster can never be forecast with complete accuracy.  Therefore, capabilities-based planning takes an all-hazards approach to planning and preparation that builds on capabilities which can be applied to a wide variety of incidents.”