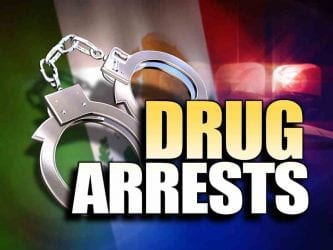 The traffic stop led Hiawassee Police Department to request the assistance of a Towns County Sheriff’s Office investigator. Upon completion of the initial investigation, a quantity of illegal drugs and firearms were discovered in the vehicle.

The occupants of the vehicle were taken into custody at the scene and charged with the following offenses:

Fetch Your News is a local now-news outlet, attracting more than 300,000 page views and 3.5 million impressions per month in Towns, Dawson, Lumpkin, White, Fannin, Gilmer, Pickens, Union, and Murray counties, as well as Clay and Cherokee County in N.C. – FYNTV attracts approximately 15,000 viewers per week, reaching between 15,000 to 60,000 per week on our Facebook page.