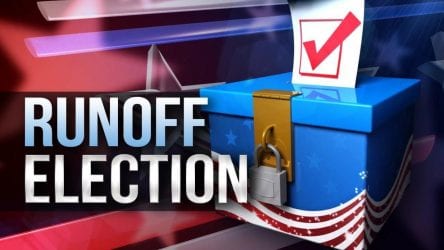 “Several people have come into the office, asking when early voting starts,” Towns County Elections Director Tonya Nichols told FYN, “That may be an indication that there’s interest in the run-off.”

Nichols relayed that the elections office is waiting for absentee ballots to be delivered to Towns County. Applications are available online through the Secretary of State website.

The election to decide Georgia Secretary of State and Georgia Public Service Commission will be held Tuesday, Dec. 4.

Polling precincts in Hiawassee, Macedonia, Tate City, and Young Harris will be open on election day from 7 a.m. to 7 p.m.

Count on FYN to deliver the results as the ballots are counted.