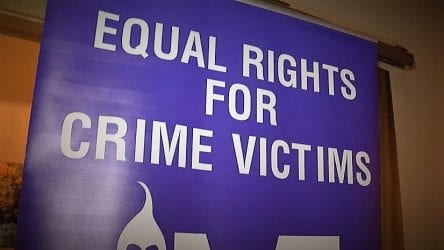 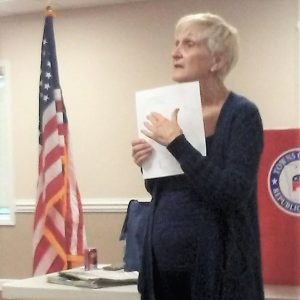 “Amendments are hard to read and written that way on purpose,” Young stated, later adding, “I almost always vote against all amendments.”

While Honea’s letter included opposition to a taxation amendment, the initial segment focused on the crime victim portion of November’s ballot.

“One Amendment (#4) so-called Marcy’s (sic) Law is particularly ambiguous. The TV ad supporting this amendment is compelling; a victim stating her abuser was let out of prison and she was not notified. She begs the TV audience to help the victim by voting in favor of this amendment. Who wouldn’t want the victim to be helped?,” Honea wrote,  “But when the Amendment is read carefully, you will note that it states ‘…the Constitution shall be amended so as to provide ‘certain rights’ to victims against whom a crime has allegedly been perpetrated and allow victims to assert such rights.'”

Honea continued on to assert that the ‘certain rights’ to be granted to crime victims are vague, without clear assurance of notification when a perpetrator is released from prison.

“The victim can assert such rights….what rights? Certain ones? What are they referring to? Will it be left up to a judge to decide what ‘certain rights’ the victim has? No guarantee of being notified of anything. Please do not vote in favor of changing our state Constitution to contain something so non-specific as Amendment #4…’Marcy’s (sic) Law.’ This Amendment will not help Marcy, or you, at all,” Honea concludes.

“Since 2008, a national campaign entitled “Marsy’s Law” has sought to enshrine in state constitutions a specific and lengthy set of victims’ rights,” ACLU Policy Director of New Hampshire Jeanne Hruska stated earlier this year, “Funded by California billionaire Henry Nicholas, the campaign’s goal is to lock its formula into every state constitution and then to amend the U.S. Constitution to include similar victims’ rights. Though well intended, the Marsy’s Law formula is poorly drafted and is a threat to existing constitutional rights. Victims’ rights are not rights against the state. Instead, they are rights against another individual. The Marsy’s Law formula includes the rights to restitution, to reasonable protection, and to refuse depositions and discovery requests, all of which are enforced against the defendant. Such rights do nothing to check the power of the government. In fact, many of the provisions in Marsy’s Law could actually strengthen the state’s hand against a defendant, undermining a bedrock principle of our legal system — the presumption of innocence.

Georgia joins Nevada, Oklahoma, and Kentucky in voting on the crime victim amendment on the Nov. 6 ballot.

Fetch Your News is a hyper local news outlet, attracting over 300,000 page views and 3.5 million impressions per month in Towns, Dawson, Lumpkin, White, Fannin, Gilmer, Pickens, Union, and Murray counties, as well as Cherokee County in N.C. – FYNTV attracts approximately 15,000 viewers per week, and reaches between 15,000 to 60,000 per week on our Facebook page. – For the most effective, least expensive local advertising, dial 706-276-6397 or email us at [email protected]