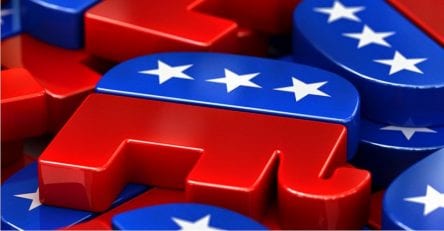 HIAWASSEE, Ga. – While early voter turnout was especially strong in North Georgia throughout the first week of the 2018 General Election, state and local Republican leaders echoed the importance of encouraging friends and family to cast ballots during a Towns County “Get Out The Vote” rally Thursday, Oct. 18 .

“We all know that after watching the Kavanaugh hearings, and the things that were going on, it’s very scary, and we have to get out the vote..,” Young urged, “We’re speaking to the choir here, we know that, but we want you to reach out.”

“Freedom is never more than one generation away from extinction,” Commissioner Bradshaw relayed, “We didn’t pass it to our children in the bloodstream. It must be fought for, protected, and handed on for them to do the same, or one day we will spend our sunset years telling our children, and our children’s children, what it was once like in the United States where men were free..” 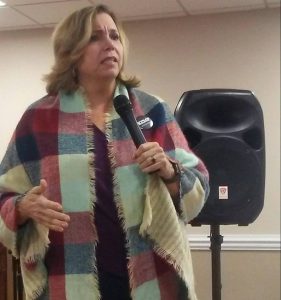 “Our children are our future for America,” Bradshaw added.

Georgia State Senators John Wilkinson and Steve Gooch spoke at the event, as did Georgia House Representative Matt Gurtler and State School Superintendent Richard Woods, each reiterating the crucial nature of the midterm election, in hopes of Georgia remaining a “red” Republican state. 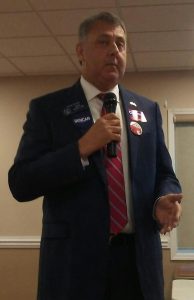 Towns County Sheriff Chris Clinton, who was out-of-town and could not attend, wrote a letter of endorsement for the Republican candidates, read aloud by Commissioner Bradshaw.

At the commencement of the meeting, prior to delivering the invocation, Eastgate Life Academy student Gabriel Moody shared a sentiment which garnered a strong applause.

“America is a country built on hard work, strong families, and Godly principles,” the sixth grade student expressed, “If we can hold onto those truths, we can remain a shining light to a world that at times seems overwhelmingly dark.”

Fetch Your News is a hyper local news outlet, attracting over 300,000 page views and 3.5 million impressions per month in Towns, Dawson, Lumpkin, White, Fannin, Gilmer, Pickens, Union, and Murray counties, as well as Cherokee County in N.C. – FYNTV attracts approximately 15,000 viewers per week, and reaches between 15,000 to 60,000 per week on our Facebook page. – For the most effective, least expensive local advertising, dial 706-276-6397 or email us at advertise@FetchYourNews.com