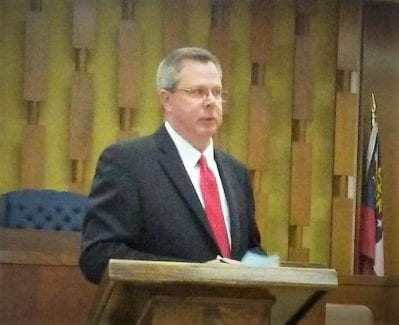 HIAWASSEE, Ga. – Towns County’s billboard permit moratorium has been in effect for three months, and Towns County Commissioner Cliff Bradshaw stated on Tuesday, Oct. 16, that the mandate revision had reached the first reading.

Bradshaw extended polls to area businesses, residents, and students during the course of the past month, seeking citizen input on the matter. The overwhelming majority of polled participants desired no additional billboards to be erected in Towns County. 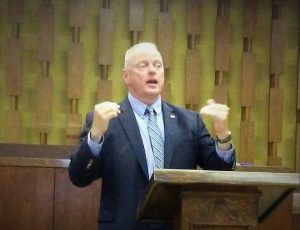 In addition to the billboard mandate, a cellular tower ordinance in the process of formation, regulating the areas where the structures can be located. There is currently not a decree in existence, which limitss the county government from influencing where cell towers are constructed. Bradshaw’s concern is that the placement of towers could potentially obstruct or dampen the view for area residents, dependent upon placement. Safety measures will be included in the mandate, prohibiting telecommunication towers near schools and daycares, in the event that the tower collapses.

The process of cellular tower installation consists of filing an application, along with a $1,500 fee for a study to be conducted by experts. Towns County Planning Commission would discuss the matter, allowing public comment, before moving to vote on the issue. As with the sign ordinance, the commissioner holds the final say on the decision.

The second reading of the billboard amendments, and the resolution to regulate cellular towers, are expected to be held in the near future, prior to November’s regularly scheduled county session.

FYN will announce the date and time of the meeting once it has been determined.