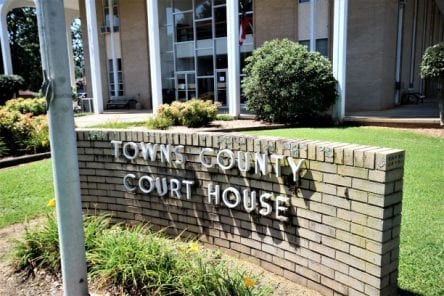 HIAWASSEE, Ga. – Towns County Sole Commissioner Cliff Bradshaw signed a Special Election resolution on Friday, Aug. 3, 2018, permitting a referendum to appear on the November 6 ballot, which will allow voters to decide whether licensed county establishments should be able to serve liquor-by-the-drink to patrons.

The Special Election will be held in conjunction with the General Primary Election.

“I was approached by local restaurant owners while I was campaigning, and asked if this was something that I would consider putting on the ballot,” Bradshaw told FYN, “It isn’t an equal playing field because restaurants in the REAP (Regional Economic Assistance Project) area can serve drinks, while other restaurants cannot. Should it pass, it could help give the competition a leg up.”

REAP offers a mechanism for local and state governments and the private sector to cooperate on large-scale tourism-related projects ,with multiple uses to create jobs and enhance the local tax base. The REAP resolution was originally adopted by Towns County in 2002.

Establishments such as the Ridges Resort, Portofino’s, and Unwind at Lake Chatuge are currently permitted to serve spirits, under the guidelines of REAP. Certain criteria must be met, such as location and amenities, in order for an establishment to meet REAP guidelines.

The yes-or-no question on the General Primary ballot will read as such: “Shall the governing authority of Towns County be authorized to issue licenses to sell distilled spirits for beverage purposes by the drink, such sales to be for consumption only on the premises?”