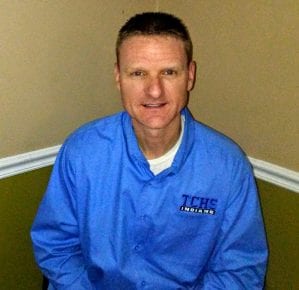 HIAWASSEE, Ga. – Towns County Board of Education met for their first work session of the year on Jan. 2, 2018.

Listed on the agenda was discussion of goals for system improvements. Board member-at-large Dr. Kilee Smith raised concern that “dead time” in classrooms is not efficiently utilized. “There shouldn’t be days where things aren’t being taught,” Smith expressed, stating an estimated average of up to three weeks per school year is spent idle. Vice Chairman Stan Chastain agreed, adding, “As long as (students) are in class, they should be learning something.” Superintendent Dr. Darren Berrong mentioned many of the high school teachers have begun collecting cell phones from students as they enter class, and while he disagrees a vast period of time is being wasted, Berrong notes “everybody can improve.”

Also of interest was an update on the Department of Transportation (DOT) decision to include semi-synthetic opioid testing through random drug screening for bus drivers. The program will require testing for hydrocodone, oxycodone, hydromorphone, and oxymorphone. The change became effective on Jan. 1, 2018.

A three-month public fundraising campaign was approved for the high school varsity academic team, beginning Jan. 3. The academic team will be traveling to the National Championship Tournament April 26, 2018.

Field trip approval was granted for the middle and high school robotics teams at North Forsyth Middle School on Jan. 13, 2018.

As of Nov. 30, 2017, the Board of Education had received 14 percent of its 2018 local fiscal year revenue,  a total of 33 percent when combined with state funding. The local revenue is expected to drastically increase once property taxes are filed.  Of the 2018 fiscal year, 41.66 percent has been completed thus far. Also, $35,000 has been budgeted from federal revenue, none of which has been received at press time.

Towns County Board of Education 2018 meeting dates are as follows:

Towns County Board of Education

(First Monday of each month, except for January, April and September)

To be held at the Towns County Board of Education Office at 7 p.m.:

(Second Monday of each month, except for April and October)

To be held at the Towns County School Auditorium at 7 p.m.:

All meetings are open to the public.