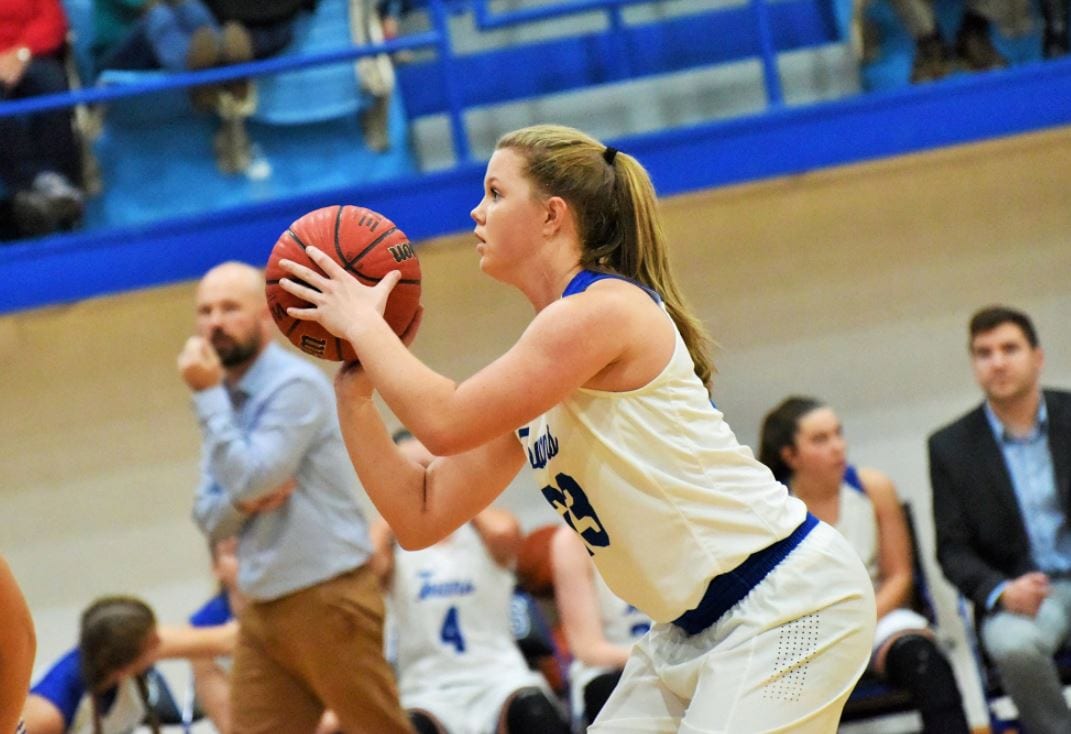 The lady Indians led at the end of Q1 by a score of 12-6 led by junior guard #22 Kristen Byers who has 7 points. A game where bench players contributed to just as much playing time as the started due to fouls, there were a combined 21 fouls in the first half.

The Lady Indians hosted the 2X defending Battle of the States champion Hokes Bluff, AL at 7pm on Thursday, full story to follow.

Towns County 54, Hayesville NC 47
The boys tipped off at 8pm. A fast paced first quarter ended at a score of 16-11. Towns County’s lead grew larger over the course of the second quarter as the Indians led 28-17 at the half.
Towns was led by a balanced attack through the first three quarters as 4 players had 5-or-more points. Towns closed out the 3rd quarter with a a lead of 42-36.
Towns County finished the game with a final of 54-47. Towns was without star center senior Logan Cowart as he was inactive with a foot injury which occurred in the FCA Allstar Football game Saturday Dec. 16. His timetable of being out is still uncertain. The Indians moved on to host Murphy at 8:30pm on Thursday.  Full story to follow.
Basketball county Georgia GHSA Lumpkin Towns Union