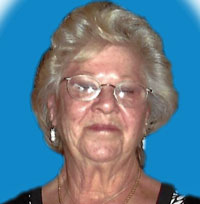 Dorothy June Prucnel “Dottie”, age 76, of Hiawassee, Georgia passed away at her home on August 30, 2017 following an extended illness.

Dottie was born in Detroit, Michigan on March 5, 1941 to the late Richard and Veda (Kilborne) Anspaugh.

No services are planned at this time.