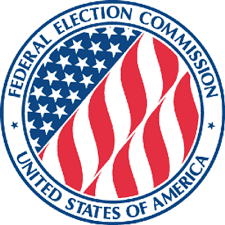 Below is the press release from Hank Sullivan. 9th District Congressional Candidates Mike Scupin and Bernie Fontaine send a letter to the Federal Election Commission concerning Congressman Doug Collins and the Collins campaign.

Today, Georgia 9th District candidates for US House of Representatives Mike Scupin and Bernie Fontaine signed a joint letter of complaint to the Federal Election Commission in Washington, DC, citing evidence that US Representative Doug Collins, his campaign and campaign consulting firm, The Stoneridge Group, have knowingly and willingly violated FEC regulations regarding the FEC requirement of attaching campaign disclaimers to all public communications authorized and paid for by a candidate or his/her campaign committee.  The letter asks for a full investigation of Collins and the Collins Campaign, including Collins’ campaign consultant.

The joint letter, which can be found below, and a companion video, cites evidence of three recent instances in which the Collins Campaign, including Rep. Collins personally, and his campaign consultant The Stoneridge Group(SRG), have used a proprietary news and commentary website known aswww.zpolitics.com, owned and operated by the founder and owner of SRG, to offer paid Collins campaign materials to an unsuspecting public, resulting in a process of information laundering, posturing these paid campaign materials as objective news and commentary, and with no campaign disclaimers as the FEC requires, rather than as part of a political campaign supporting Collins in his bid to be reelected 9th District US Representative.
The letter released jointly by Scupin and Fontaine offers solid evidence of these FEC violations and asks for the FEC to perform a full investigation regarding the involvement of the Collins campaign, including Collins himself, Collins’ campaign staff, Collins’ campaign consultant SRG, SRG’s owner Jason Williams and the workings of Williams’ personally-owned and operated website, Zpolitics.com.

The letter can be read below: