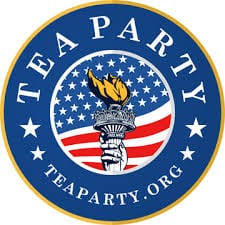 Who controls bill in the Georgia General Assembly? How does a decent bill morph into a horrendous bill? Ed Painter, Tea Party Patriots State Coordinator will address these questions when the Union/Towns County Tea Party meets on Tuesday, July 28. Mr. Painter will present the legislative process from an activist’s perspective, sharing behind-the-scenes insight of how legislation is shaped at the Capitol. He will trace the path of a bill which started as a good bill and evolved into a bill designed to attack the free speech rights of activists, a bill which did fail but which is rumored to be high on the 2016 legislative agenda.

Mr. Painter is a small business owner and lifelong resident of Dalton. He led an effort to shape the new 14th Congressional District to its present configuration. His active determination in Northwest Georgia gave impetus to the defeat of TSPLOST in Whitfield and all the surrounding counties. Ed is active in many organizations including several tea party groups and is an officer in both the county and district Republican Party.

The meeting will be held on Tuesday, July 28 at 7:00 PM at the Harlason Civic Center on Welborn St. in Blairsville, with an informal meet and greet at 6:30. The Union/Towns County Tea Party is a non-partisan group, dedicated to the principles of Fiscal Responsibility, Constitutionally Limited Government and Free Markets. Everyone interested in preserving and promoting these core values is welcome to attend. For more information contact Pat Thibodeaux at 706-374-4134.