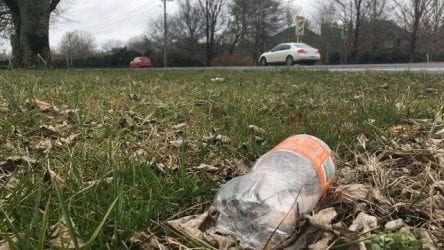 HIAWASSEE, Ga. – Liza Strub, a concerned citizen of Towns County, petitioned Commissioner Cliff Bradshaw to re-address the issue of roadway litter during last year’s July county meeting. In the months that followed, Bradshaw met with Stroub on several occassions to form a heightened approach, with the commissioner following through by adding Strub to the Jan. 15, 2019 session agenda.

Clean Sweep Week, once an annual event, will become a twice-yearly initiative, with education focused on litter prevention, introduced to the public over a period of time. Strub explained that it often takes repeated attempts before messages sink in, and the course of action will include litter education through various sources such as print, social media, public service announcements, radio, in person, and what Strub deems most important, through positive example. 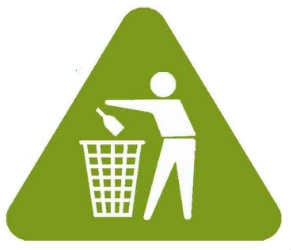 During Tuesday’s public meeting, Commissioner Bradshaw affirmed that the “Secure Your Load” project enacted last October is proving to be effective. Following the distribution of information, the Towns County Transfer Station tallied 497 unsecured loads delivered in November of 2018. In December, the total decreased to 189. Thus far in January, 73 were listed as uncovered, suggesting an additional month of sharp decline in illicit transport.

Hiawassee Mayor Liz Ordiales attended the county meeting, revealing that city employees are making a weekly effort to remove litter from area roads. Citizens in attendance expressed appreciation for the mayor’s approach in combating the problem.

Strub plans to promote an Adopt-a-Spot program, working with a host of organizations including the civic association, area groups, and local schools to advance the goal of keeping the area litter-free.